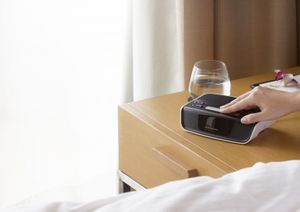 Waking up early is probably one of the most important things if you want to witness your own success, no matter in what aspect of your life we are talking about. It’s cornerstone principle to having a healthy lifestyle, but more on to having life with meaning, one that is fulfilled,more productive and over all successful.

If you really take some time and have a look upon some people considered as achievers, you will come to realize that each and every one of them is an early bird, waking up in the morning. They’ve trained their willpower to the point where waking up early is something not only acceptable, but rather preferable.

Seriously, look at those athletes, look at those artists, entrepreneurs, politicians… They all consider waking up early as a fundamental rule in their lifestyle, hence their success.

And it’s really so. Imagine having time each morning when you are least distracted to dedicate on working towards your goal. Or even just get all awake and fresh, ready to hit the day way ahead of others. Ordinary people get up on time, but to really surpass mediocrity you will have to wake up early each and every day.

Benefits of waking up early

“Early to bed and early to rise, makes a man healthy, wealthy and wise”– Benjamin Franklin. (tweet this)

Knowing these benefits, and knowing you didn’t come across this habit by a mere serendipity, will benefit you even more. Knowing why you are waking up early, gives you even more determination and willpower.

Let’s have a look at some of the famous people that get up early: 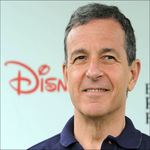 Robert told New York Times that he gets up as early as 4:30 every morning. When asked how he uses the early hours, he said that it’s quiet time doing some reading, going through the paper, exercising, watching news and TV, looking through mail, and listening to some music. He said he is doing many of these at one time. Quiet time, and already multitasking- talking about productivity, were we?

Apple CEO Tim Cook is known to get up as early as 4:30 in the morning.

And according to some, he may be seen in the gym after sending mails and starting to organize the day. He also prides himself to be the first person in the office, and the last out at night. So I guess the energy thing is getting clearer now. 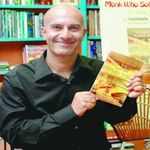 Not only Robin is an early bird, but he also stresses the point of getting up early in each of his books. And they were sold in millions.
In “the monk who sold his Ferrari” he said that waking up early is the first step towards improvement, and the pursuit for perfection. He came to this conclusion after reading tons of material on health, wellbeing, reading philosophy books, as well as many great people’s autobiographies. After going through all that material, he came to the conclusion that all of those great people that were successful in one way or another were early risers.

But sometimes getting up early in the morning seems hard to achieve. Nevertheless it can be achieved. Here are some tips that may help you a lot.

How to wake up early in the morning?

Try these tips, implement as many of them as you can in your lifestyle, and start seeing the changes. Remember, waking up early takes time to turn into habit, so over time it will feel normal. You will have more time for yourself, getting job done, managing the day ahead, and getting fresh and awake.

This will impact your life a great deal. And make no mistake- improvement will be inevitable, no matter in which aspect of life we are talking about. Waking up early is the key to having a healthy lifestyle and success in life.