There are many schools of thought and quite as many methodologies when productivity is concerned. Giving a quick glimpse, one would guess that it’s about getting the things done in, if possible, half the time. Nine out of ten times he would be right on the spot. 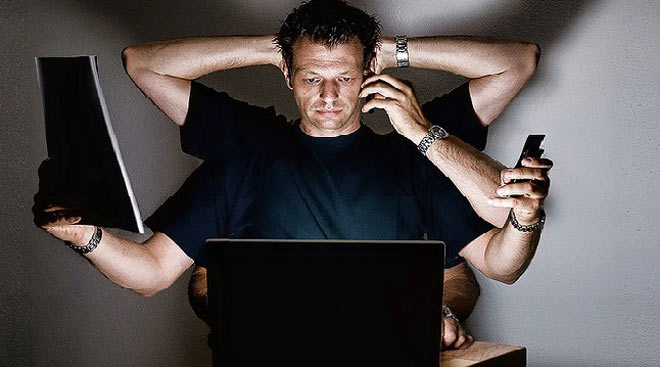 And while this view has some merit, productivity can be in fact understood into quite more stratified and robust ways.

There are those claiming that completing a task is not the only thing productivity junkies commonly care about. Some, the more experienced ones I would like to think, stick closely to the notion that productivity is not to be regarded only for the time management aspect of it, but they advocate it as something substantially larger.

Granted, cutting the minutes off is as good a place to start as any, but it only pertains part of the picture, not the whole.

The separate segments of productivity

The whole picture of productivity on the other hand, albeit slightly hard to define, gives another perspective. For the most part, being productive is often times related with being efficient in the manner of choosing and setting goals. Adjusting the bar, that is.

And this is an art within itself. Takes time and a great amount of dedication as to be able to objectively judge things, calculate based on what you know, not only in the sense of past experience, but also taking future predictions into the equation.

Here comes planning – Another aspect of productivity that can be tackled as a separate whole.

Setting and redefining habits is what I recon to be the next step, often times mistaken and even equated with the concept of being productive. The truth is, it’s still part of the productivity funnel and its role is closer to planning and investing than the usual guess of executing. I’m sure a lot of folks will concur with this.

The next and, according to my scheme, last segment is applying the tools, methods; going on with the habits; adjusting and paying a close eye on the time management segment. A fairytale, right?

The thing is, you see, that skipping some of these segments, or even applying them without the remote thought of making them synchronized and related, is downright stupid.

And not the oh-look-how-adorable kind of stupidity, either. It’s more of the driving-down-the-wrong-side-of-the-road-until-you-kill-someone variety.

It’s the point where productivity becomes counterproductive. Alas, we’ve all been there. And it ain’t pretty. Vomit, right?

Synchronizing the various stages and calling it productivity

Every stage of being productive has something to do with the previous one. Bad planning and goal setting can ruin even the best of habits in terms of seeing some progress. Not having a planned direction, based on certain calculations, innocuous as it may look still spoils the outcome, making every next action closer to less efficient.

Hence productivity should be approached in the same sense as it is understood. As a strategy; a long term thing, comprising all the separate stages into one, having them interlinked. And all of the sudden this understanding unlocks the secrets of success with productivity.

The thing that links them all

However having all the separate segments and stages interlinking one another is still a hardware-without-a-software thing. You have to have your unique input, and everything should correlate with it, exist because of it.

Your calculations when setting the goals can be hardly distinguished from your input with many out there, but it’s way broader so bear with me.

Your input should constitute of all the raw elements entering the productivity funnel. Mostly your aspirations, your current circumstances and views, your future intentions in terms of improvement.

It must also include everything you know about productivity, take into account the type of personality you have as well as what are you comfortable with; Knowing yourself and the length of your stretch, in short. Making things personal, individual, unique.

This is a sound reason of why most productivity systems fail. Not because they lack expertise, heck there are many complex genuinely crafted ones, but because one-size-fits-all model is a thing of the past taking in account all the variety of knowledge, experience and aspirations we have.

If there is only one thing that you will take with you from this rant of mine, consider this: Productivity fails mostly because of two things.

The first is not being able to recognize the value of having one cohesive strategy pertaining all the separate segments linking together, and the second, far more overlooked one, is not making things personal and individually centered as in order to fit your approach.