Yes, I’m aware that this title alone contradicts with many of the things I’ve talked about here on Lifestyle Updated. I mean wasn’t it all about productivity? Putting the minimum input in terms of work and harvesting the biggest results? Outsourcing even, playing it smart when it comes to time economics and management? 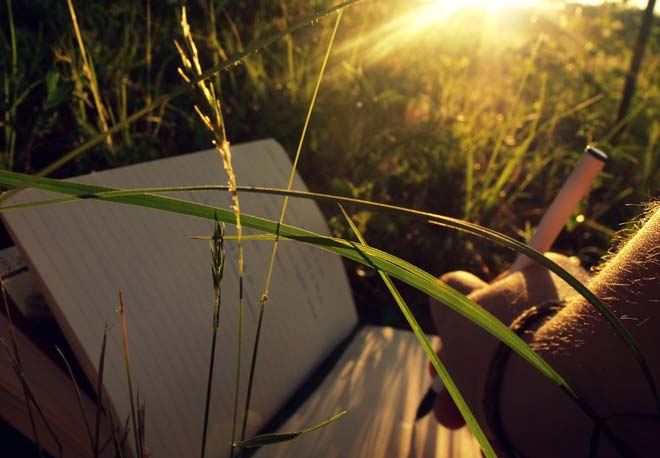 Just do some work.

Well, no matter the depth in which this new age understanding of productivity has penetrated, or the influences from guys like Tim Ferris (respect the man a lot), the residue of the old way of thinking is still there. Rather obliquely in a way, but there nonetheless.

We all focus so much on being and staying productive, that this pursue alone makes us less productive by the day.

What I came to realize is that simple mathematics always beats theorizing by a long shot. Always.

And simple mathematics says this: doubling your work input increases the results.
No more, no less.

Work ethic means putting in the hours; Simple really. It’s all about having the discipline not to go and theorize around actual work, but do the work instead.

The nine to five type of job may be dreaded by many, but it carries a lot of weight in terms of work ethics; I’ll give that much.

Theorizing around productivity is a way of escapism

It just takes the spotlight out of working. Granted, making efforts more time economic and rational is useful at a number of levels, but actual work? I’d place the bet on that one each and every time.

The way I see it at least, discussing about being productive makes us feel we are actually doing something. Planning is doing – some might say.
Well guess what? – planning is planning. Doing is doing.

I’ve seen literally thousands of applications, books, blogs and whatnot on productivity. The thing though – it can be done with way less. It can be done only by having a clear goal and showing up day in and day out, adding or even doubling the work input.

The quality of work refines itself

I’m into doing any type of work by following a certain methodology. That’s the way I even approach things as distant as fitness, diet, leisure.

But what I’ve noticed over time is that after investing hours upon hours on doing something, the methodology kind of builds itself up. It’s like the quality of your work input refines itself without the need of theorizing on productivity or whatnot.

Kind of like “invest 10 000 hours and you become an expert” type of thinking. And it makes sense too.

“Productivity” being defeated in practice

Not that long ago I had a conversation with a friend of mine suggesting this same concept. If you know that a certain approach will lead you somewhere, isn’t it about time to forget further theorizing and double the work input? As motivational workout quotes will tell you, it takes 21 days to form a habit, and 90 days to forge a different lifestyle.

Two things will happen – Either you reach your goal very fast, or you realize that the road is wrong. Again, fast.

That’s productivity right there if you ask me. Crossing off every wrong path from the list, and doing it rather early.

What stirred the conversation was me telling him about my online projects and ideas that were already in realization; And with both of us agreeing upon the idea that these projects might actually work, he asked a simple, yet logical question- “Well then, why not working 12 hours per day?”

I wrote about this take on productivity some time ago when I went over different types of New Year resolutions. But this time it was more tangible, more real. I mean you already believe in the outcome, so just put in the hours. Right?

Thinking about your fitness routine in terms of whether or not it is effective? Double it then, and see the results.

Your projects not doing well enough? Well instead of thinking over finding a better approach, just double the work. It’s not like going with your head against the wall. I rather see it as a simpler solution which is always right there in front of you.

Doing hours upon hours of work is what prevents escapism to even break ground. It is also what makes up for a great work ethic. Great work too, for that matter.

My contention is that if you invest more hours of work prior to theorizing, you feel more secure and confident in whatever that is that you do; you increase the chance of taking an initiative more often than usual; you become more skillful while getting more done. Maybe not strictly by definition, but if you were to ask me this is what productivity is all about.