If I’m about to define productivity I will say, first and foremost, that it is a state of mind. No software, no application, no nothing can really influence our actions if we are not in the productive flow sort to speak. 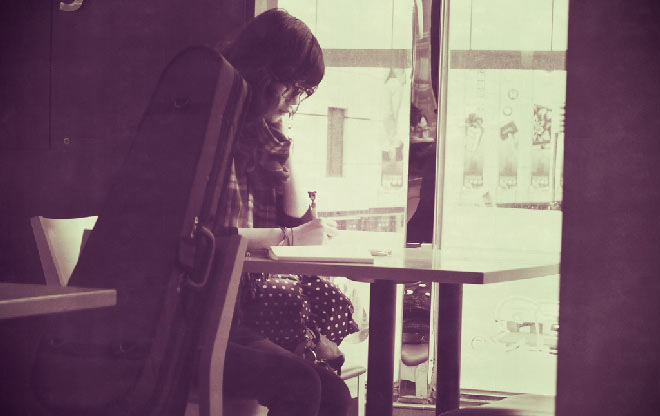 And trying to identify and pinpoint the exact ingredient which puts us into this continuous flow of productivity, two things are beyond obvious.

First, there is this notion saying that movement invites more movement while lethargy only attracts itself over and over. Lacking a somewhat scientific proof to this statement, I’ll have to go with personal experience, which saying that you noticed as well will be an understatement.

The second premise would then be habit – habit to successfully overcome the lack of comfort zone, and connect, over time, the feeling of being uncomfortable for a moment with the feeling of having things done.

Let’s investigate this from a more pragmatic angle.

Concentration and cognitive focus vs. energy and all that mumbo jumbo

Talking about energy and how it is being distributed, albeit sounding like describing an haute couture beauty, sends up many red flags. And for good reason- It is something so hard to measure or understand so “gurus” always attach it to their arsenal or vague rhetoric.

What would be a more pragmatic approach, in the sense of determining how the productive flow is being created, is figuring out what happens when we are productive, and how that influences our body and mind respectively.

And for this there is not that much need for research even. Ask a six year old and he will spill it out for you- when you are productive you are concentrated and focused.

The adult counterpart will translate this inchoate statement and add cognitive focus, understanding that once you try to focus on something, you are not only targeting the psychological aspect of things, but physical as well.

When people are focused and concentrated upon a task or action, we can get measurable feedback in changes happening inside the brain, endocrine system, whole body in fact; and if we allow for psychological analysis, emotional changes as well.

Other things work as well but…

Sleep, nutrition, lifestyle… they all have a certain effect on making you more productive. Which is to say, none at all. Wait, what?

Well, you see, as these things are determinant for creating the rich soil for productive capacity and allowing productivity to happen, they do not create productivity per say.

What directly influences productivity is the emotional state, and later on physical changes happening inside your body which contribute to the increased focus, concentration and so on. And the only way to influence these is to actually trigger them by yourself.

The “bodies at movement tend to stay in movement…” and all that yada- yada makes more sense now doesn’t it?

You start by doing something, you trigger the changes inside your body, consequently they add to the spectacle of slight to drastic emotional changes, and the productive process is led in a continuous rinse-and-repeat scenario. You attach the wheels and let gravity handle everything else.

How to implement this theory

Here is the nitty-gritty part of this article.

But I suspect that it will leave you slightly disappointed. Why, you ask?

You see, the premise is to start doing something that is slightly outside your comfort zone, and then, by simply getting yourself immersed into the task, you trigger these changes which affect your productive flow. Once this process takes traction, it is all rainbows productivity wise.

Tidy up your desk, make your bed first thing in the morning, start by doing seemingly naïve yet will power demanding tasks.

The rest will take care of itself.

Mihály Csíkszentmihályi, who made his theory of flow widely popular, stated this:

“…individuals have to actively do something to enter a flow state. Flow theory postulates three conditions that have to be met to achieve a flow state:

What Mihály addresses here is doing an activity which you get immersed into instead of rudimentary tasks as I mentioned above. But, albeit the discrepancy in complexity, the general rules apply just the same.

The idea, one that I parrot aloud from the first couple paragraphs in this article, is to exercise entering the state of flow. Or too switch on the triggers, if you so much prefer.

At the end it all stems down and goes back to this – “action invites more action, while lethargy only invites itself over and over”.