Albeit seemingly another form of a productivity technique, prioritizing is somewhat more time rewarding, and gives the promise of enjoying better results. As a concept in correlation with getting things done, it comprises two major components that are to be found in no other productivity technique or approach whatsoever. 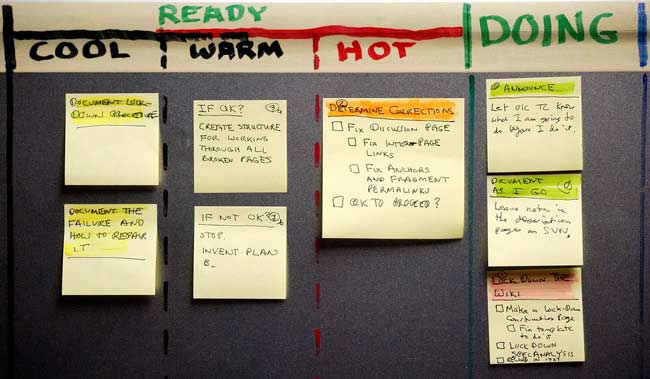 The obvious guess would, in short, be that with prioritizing we get the upper hand by simply selecting the activities that are to give us the biggest ROI (return of investment) in terms of time spent. However this is only to be partially true. You see, not that many of us are aware that by prioritizing we are actually forced to take an objective look upon our current situation, be that in terms of circumstances surrounding our task, or in broader terms in the sense of evaluating our everyday, lifestyle, even.

The second premise is that we correlate the first benefit of having the opportunity to objectively observe, with the goal that we have in mind, thus evaluating what is to be done next in terms of being productive.

Prioritizing on a time scale

Here is a neat way to look at prioritizing. What you are going to do is set three types of goals – short, super short, and long term.

The long term goals are year-long priorities. And the best way to map them out is by sitting down, with a piece of paper, thinking about the end of the next year. What will make the next year so good, that once you look back from the month of December, it is obviously a successful year for you? Whatever comes to mind is going down on your sheet of paper as your list of long term priorities.

The short term priorities are month-to-month goals, that can stretch a bit as well.

And the super short term goals are weekly achievements that will definitely improve your life. When I consult some of the people sending me e-mails I always tell them to set weekly challenges. One guy, let’s call him Brian, was insecure about himself and didn’t know where to start. Somewhere in the e-mail he asked me how to lose 10 pounds in 1 week, and I replied that he should ignore all other short term priorities and focus on this single one. With a quick win under his belt, it is easier to set more challenges ahead. And what a better way of convincing yourself that you can win step by step, than drastic weight loss according to your design?

Starting to prioritize I noticed the difference

What I came to realize first, is that I spent way too much time on tasks that were not that important. I emphasized checking my mail accounts as well as my social profiles, things that took me over an hour daily, and tricked myself into believing that I was doing something productive. I wasn’t, in short. Even with this blog; I focused myself too much on technical stuff, when I could have spent more time doing creative work and bringing more content on the table. I even could have learned Photoshop and made some magazine templates as to enrich the newsletter and surprise you guys with a monthly magazine edition on Lifestyle Updated (not going to spoil the surprise, but expect something of the like).

Prioritizing gave me the chance to see not only this, but all other aspects of my lack of productivity. When you weight the things you do one facing the other, you get to see how much nonsense you did thinking that you were progressing.

Same goes with athletes, for example. They focus on certain aspects of the game, only to find out later that they needed more versatile approach or worse yet, that overdoing something led them to give mediocre results even while practicing the same thing.

The more you prioritize, the more objective you become, and eventually you get a bigger understanding on what it is that you are doing wrong.

The example with the magazine I mentioned earlier? You see, that’s only a fragment of what happens once you start to weight things on a scale and begin to prioritize. The truth is that once you see all the clutter you did by yourself, you will correlate your objective observance with the goals ahead and start coming up with brand new ideas on how to get there.

I started learning Photoshop, and that was out of nowhere. You see, you evaluate your productivity, and once you have the feeling that you are not progressing as you liked, you start prioritizing your work, as well as come up with some other ways of getting where you decided to go.

When I played the violin I remember going over the same practice each and every day. What this did, in short, was making me lose the grasp on objectivity, pushing me towards doing the practice worse by the day. Once I would start to prioritize I was changing things, starting to become more and more objective, inventing new and better ways to practice. The practice then took less time while producing better results.

Start prioritizing for yourself, in your line of work, in your life.
What will happen are two things: You will become aware of all the lack of productivity and objectively see the chase you were having around the maypole while retaining status quo, and in the same time become aware, by measuring your actions, of what has to be done next, as well as invent some new ways of reaching your goal.