Thinking about a sentence with which I would start this article, thus setting the tone right on, I came up with this: All work is not created equal. This especially applies when taking productivity in consideration. That is, given the fact that some things require, and some are actually OK with the lack of it.

You see, there is a distinction to be made between what we know as creative work, and all the other to be honest. Not only does creative work has more going on in the sense of originating, but the circumstances in which it occurs are entirely different to say the least. 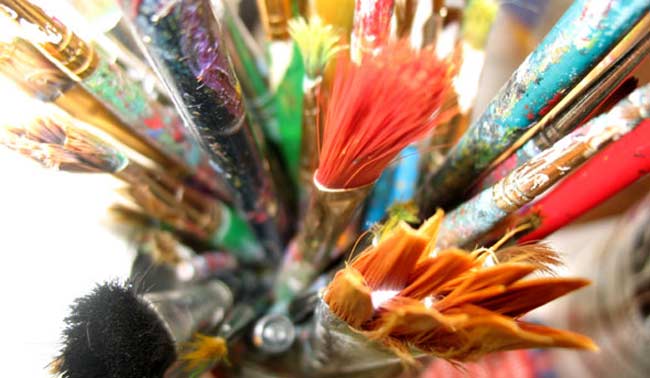 The ones who do creative work are, in a way, faced with obstacles that surpass those who are not involved into the creative process by a huge margin. Hence the answer to these obstacles is to be found elsewhere instead of where we would usually look for.

Productivity has its limitations too

You see, it is a common belief that being productive buys you a lot of success either way. This however is only partially true. True, in the sense of productivity being the thing behind creating the circumstances in which the creative work takes place, wrong however in the sense of expecting productivity to solve the problem we have with being able to constantly deliver.

Creative work is entirely different. I can repeat this till it becomes cliche, and it will still be true. Most of us doing some sort of creative work have already noticed this anyway. It becomes quite apparent after a while, the realization, that is, that productivity can push us only but so far.

It is needed, I give you that, but it does the ground work only in a narrow band of circumstances. With creativity and creative work of any kind however, the answer is always on the periphery.

When you can rely on it?

Sometimes productivity shows itself of no use, have you noticed? In many situations, be that in creating something original, figuring out a new approach, crafting a perfect coherent piece out of your thoughts and ideas, it simply don’t apply, now does it?

Sometimes giving deadlines or setting aside time frames in which you are to create, is not enough. Threatening with a sharper stick, or enticing with a sweeter carrot, does not always come handy. Creating reward systems, or anything of the like can prove disappointing.

However, you can still take something out of productivity as to achieve your goal in creating something original.

For the most part, this can really just be creating the circumstances in which you are to set your creative flow. Albeit not enough, this is a good enough starting position. Implementing productivity techniques and methods then, seems perfectly in order.

Create the conditions for being productive

If you start to work at a cluttered desk, it is hard to focus your attention, engage with deep and meaningful work, and describe your day as productive. And this is just a caricature on how you need to prepare upfront in order to have a productive and uninterrupted flow.

Here is a thought experiment that encapsulates some of the principles – having an intense workout.

In order to have an intense workout, you need to prepare one or two days ahead. You’ll need to eat balanced and light meals, so that your body is not bloated and fatigued. Then, you’ll need to set a time in your schedule, clean the room half an hour prior, and get all of the necessary gadgets for this particular workout.

You can read the best motivational workout quotes and anticipate the session ahead.

Having a light cardio session, and practicing a series of stretches for two days in a row before you hit the ground is also a good idea. It’s like exercising both mind and body, preparing them for what comes ahead.

Using productivity only as to set the pace

We all assume that productivity and organization are not something creative people commonly care about. We rather embrace the belief that creative work is more likely to happen in the midst of the clutter or in some instant in time.

And while I recon this to be true to a certain extent, the truth of the matter is, that creativity and the whole process of creative work are rather quite more complex.

I ought to know some parts of the equation since I was, and I’m still involved in creative work. Practicing violin for the most part of my life, and now involved with writing and Internet Marketing, I noticed that sometimes we need sort of a trigger as to ignite the creative flow.

This usually translates into constructing the best circumstances, making the ground fertile in the sense of limiting obstacles and distractions. And this is more productivity than anything else.

While approaching creative work itself from a schedule point of view is not going to work, making a schedule as to free room for creativity related work has shown quite well. Productivity then, is to be applied in all other aspects that surround the creative process, and just let the work flow uninterrupted, free of obstacles.

That way the freedom aspect is still intact, but the process as a whole is rather directed and controlled as much as possible.

We can do much to create the time, space and circumstances in which creative work occurs; but there is no silver bullet; no single device that is going to change the rhythm of invention. We can as well accept that creative work cannot be rushed.

Sometimes the “achieve” and “accomplish” mindset is better off changed with the stillness of letting things flow by themselves. We can create the circumstances, but sometimes the desired epilogue requires time and repetition, and here it’s more dedication and persistence than anything else. Remember, all work is not created equal.