“To improve is to change, to perfect is to change often” – Winston Churchill
(tweet this) 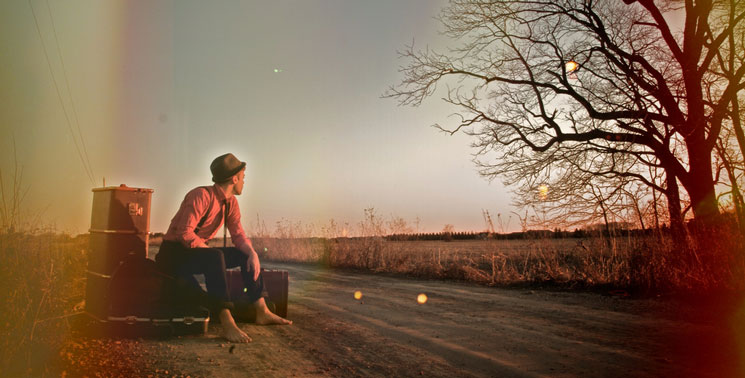 Whenever an individual faces a problem, two impulses rush in. The first, burdened by familiarity, is to act in accordance to what is already comfortable, already tested. Past experience usually gives us clue, often misguided, and we once again enter the flow of the familiar.

The other impulse though, albeit offering novelty as a solution to our problems, carries aong a plethora of psychological dilemmas. The impulse to change, often times welcomed with defensive, is rarely allowed to the surface.

How we view incremental change

To change often, in a society depending on habit and routine, is to attach to yourself a heavy load. Embracing novelty and transience, you become the projection of what people around you fear. People, who often change even their thinking, are labeled as unstable, unpredictable, unable to ‘fit in’ into society and play a given role.

Further still are criticized those who actually embrace change. The modern nomad unattached to a fixed geographical location, those who change careers, partners, play a trading game with their financial property…

By majority, these are all described in somewhat derogatory fashion.

Change builds a new social context. And we so very much like ours. As it is, familiar, constant.

People who change often are thought to function within the constraints of a generally relaxed morality limit. They have, presumably, little to hold them back, to keep them at bay.

But constant change, in reality, points to far more sophisticated individuals. It implies broader awareness, lack of prejudice and bias, ability to wield greater-than-ordinary will power and self-control.

Past experience versus novelty

Change is the consequence of affluence of opportunities, choices. In a world that is constantly evolving, it is mostly necessary. For the odds against success, without change, may prove overwhelming.

But being the creatures of habit that we are, we refuse to accept change. Clinging to past experience, only to realize that sometimes it offers little clue to wisdom.

Following past experience, however reassuring, becomes a losing proposition as times advance. For transience and novelty are both in league against it.

Entrepreneurship, being molded by the demands of society, depends on familiarity too. For big brands are obviously refusing change. Success works, more or less in tandem, with familiarity. Brand awareness, loyalty… these are all subjects to the desire to stay the same. Though change is slowly dwarfing them in significance.

We are often searching for solutions within the parameters of what is already known. And the entrepreneurs of today are shifting the tides.

Steve Jobs rarely gave people what they thought they need. He allowed himself permission to create needs and trends rather than follow them.

People often don’t know what they want. And you need to show them. ~ Steve Jobs (tweet this)

The successful startups of today, not only eager for, but driven by change, are opposing the conventional. They understand, more than others, that in order to solve the problems created by novelty, you need to react with novelty.

San Francisco, a city driven by change, holds place to some of the most innovative and successful startups. And we shall before long to see many others follow in the same direction.

When you think that everything has already been invented, invent something new.

Having a mobile lifestyle, changing careers, skill sets, these all carry endorsement with the hidden rhythm of change.

A quote regurgitated by most personal development aficionados, though tightly fitting the argument of change. The premise behind it is simple – if success hasn’t been attained yet, it means that the ways you go about it are not showing results. Remaining the same, hence, will never grant you success. Change, on the other hand, will give an opportunity.

Training yourself to change often

In affluence of choices we cling tightly to routines, habits, familiarity. The times are a changin’, and yet, we continue searching for happiness within the orthodox format.

But in order to become an agent of change, we must go against out conditioning; against familiarity. For that, practice is required. Self-imposed, even forced plasticity, if you so prefer.

I don’t want simply to accept change, embrace it.

I don’t want just to keep calm, and not panic when sudden and rapid change happens, however deep and essential the change is.

I want to literally consider change as pleasure. Rewire my brain to seek and cause change.

I want to become a transience addict.

As we train ourselves to regard painful physical stimuli as “my Monday workout routine”, and believe, beyond a shadow of a doubt, that it makes us better, our lives better in turn, the same pattern of convincing should be used when trying to address change. Viewing change through the lens of necessity, it somehow nests easier onto our belief system. Change for the sake of change, at first, is as good a place to start as any. If anything, it makes us actively pursue it.

Stop making change reserved only within a carefully pre-arranged social context. We deliberately chose holidays, vacations, certain situations where we might act without much regard to familiarity; where we deliberately break the routine.

Start to progressively blur the line between these situations and the rest of your surroundings, and you shall see how powerful of an agent incremental change can be.