If we try to discuss the contemporary way of life no single conclusion or observation would be complete without fully acknowledging the rate of change. Change that, as I write this, is happening at a rather rapid clip.  Yet we act as if though the rate of change is minimal, or non-existent for that matter. For what we experience now is an increasingly transience society- one that requires the ability to adapt, to restructure, to be mobile above all. 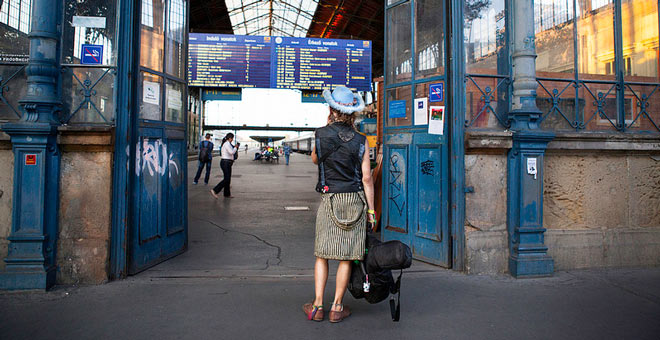 By and large, the boom of the rental culture, the increasingly apparent rise in international travel, the way technology adapts, all converge towards the same end- this society rewards those who are willing to move. Those who, at a minimum, exclude geographical restrictions when it comes to either work or leisure. But this new “mobile lifestyle” does in fact run deeper. Much deeper.

I was first introduced to this line of thinking through one of Tim Ferriss’s books. By far, I haven’t met a more dedicated advocate of mobile lifestyle design. The modern nomad, once a synonym for escapism, is now slowly becoming the western’s new role model of choice.

And there is not really much sense in staying in one place if you can, for example, create a better life elsewhere. And while I too am somewhat old-fashioned by having a strong desire for permanence, it is still easy for me to recognize that it translates into a life of less opportunity, less pragmatism, less comfort.

For so long we were conditioned to believe that being ready to quickly detach from ties usually equals opportunism, or being less emotional. And while some of this might be true, it runs counter to some conventional wisdom- what emotions are we nurturing here- nostalgia, sentiment to stubbornness, loyalty, and loyalty to what after all?

There is a strong connection between happiness and material possessions, or lack thereof, that all of the sudden correlation between being mobile and being happy is starting to make some sense. For people who are less likely to clutch to their surroundings are usually more willing to part ways with things and objects as well. The modern nomad feels minimalism closer than, say, a person who have never set foot on a plane. By analogy, the first is more likely to adapt and be more pragmatic than the latter. We might argue that as a result of that he will be happier as well.

Letting your imagination roar still further, relying on geographical location really starts to make less of a sense. You can probably find a better job or house, or culture if you really start looking. This spikes the argument of “well, when enough is enough?” But then why there must be enough? Connections, families, kids…? It is not as if the first is a total opposite of the second.

Nestled in the tropics of the Coral Sea, New Caledonia was a French territory and where Julie and Marc had just sold the sailboat that took them 15,000 miles around the world. Of course, recouping their initial investment had been part of the plan. All said and done, their 15-month exploration of the globe, from the gondola-rich waterways of Venice to the tribal shores of Polynesia, had cost between $18,000 and $19,000.
Less than rent and baguettes in Paris. Most people would consider this impossible. Then again, most people don’t know that more than 300 families set sail from France each year to do the same…

…Far from being a reason not to travel and seek adventure, children are perhaps the best reason of all to do both. Pre-trip, her three little boys had fought like banshees at the drop of a hat. In the process of learning to coexist in a floating bedroom, they learned patience, as much for themselves as for the sanity of their parents. Pre-trip, books were about as appealing as eating sand. Given the alternative of staring at a wall on the open sea, all three learned to love books. Pulling them out of school for one academic year and exposing them to new environments had proven to be the best investment in their education to date.

~ Excerpt from The Four Hour Workweek by Tim Ferriss

This example is flawed at a number of levels, I admit, but what I want to take away from this is the readiness to embrace the alternative. Which for some- and it goes without saying- is less of an option than eating sand.

If you are into geographical mobility definitely check our new article on Discovering Macedonia where you can learn more about the specifics of arbitrage living and the nomad lifestyle. It covers, in detail, the cost of living in Macedonia, which is perhaps the best example of a country suitable for arbitrage living.

The willingness to move is far more important than moving itself 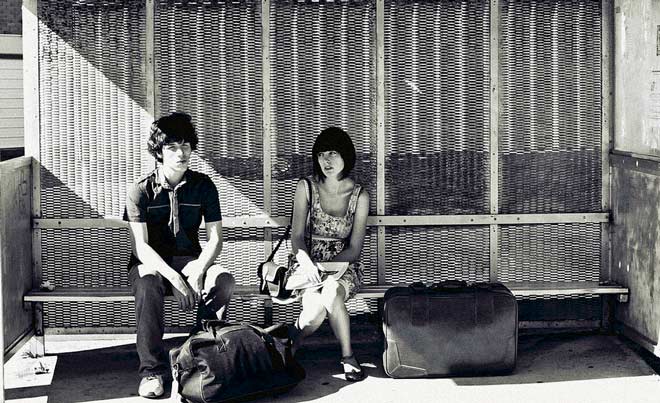 We are not all ready, nor willing to act in the same way. I understand that. For some the fact that I write this on my laptop, in a room in which I’ve lived for quite long might seem a tad hypocritical. I indeed have left my country only more than handful of times and stayed overseas for less than half a year, but this argument will not gain more weight if I waive with a passport that has been used more times than a library card.

It is not about a measuring contest here. The one who travels the most and more frequent does not necessarily win. The simple willingness to be less tied is more important, in the long run, than say moving around the clock.

Alvin Toffler, a respected futurist, writes about the fact that the man of today travels more miles in a week than his one-century-old counterpart had in a lifetime. And this should count for something. For some suspect that the rental culture, the opportunity to travel fast and travel far, as well as the willingness to move are what cultivated the United States in both economic and cultural sense.

If your nostalgia and stubbornness to leave the home and family in New York for a week when the company needs manpower in Scranton dictated your behavior, and millions of others followed in the same vein, can you imagine the fiscal ramifications nationwide?

But forget this nightmarish projection for a while and try and paint a more tangible example. If a kid of the age of 18 refuses to go to a college based on the grounds of not being willing to leave his home state, can you imagine how prosperous his career would be? For once we decide to make decisions on these criteria, the cycle usually repeats itself in future circumstances as well.

If Steve Job’s parents said NO to moving so he can go to another school, many of you would have been reading this on a whole other device right now. Start-ups, as an economically advanced business model (opposed to the “corporation”), rely on flexibility. When Sound Cloud was launched, it was launched in Berlin. Many other projects were launched in multitude of cities around Europe- by Americans. And vice versa.

That housing and geographical location are becoming increasingly temporary, writes Alvin Toffler, even back in the early 70’s, where he shares the perfect example.

Every Friday afternoon at 4:30, a tall, graying Wall Street executive named Bruce Robe stuffs a mass of papers into his black leather briefcase, takes his coat off the rack outside his office, and departs. The routine has been the same for more than three years. First, he rides the elevator twenty-nine floors down to street level. Next he strides for ten minutes through crowded streets to the Wall Street Heliport. There he boards a helicopter which deposits him, eight minutes later, at John F. Kennedy Airport.

Transferring to a Trans-World Airlines jet, he settles down for supper, as the giant craft swings out over the Atlantic, then banks and heads west. One hour and ten minutes later, barring delay, he steps briskly out of the terminal building at the airport in Columbus, Ohio, and enters a waiting automobile. In thirty more minutes he reaches his destination: he is home.

Four nights a week Robe lives at a hotel in Manhattan. The other three he spends with his wife and children in Columbus, 500 miles away. Claiming the best of two worlds, a job in the frenetic financial center of America and a family life in the comparatively tranquil Midwest countryside, he shuttles back and forth some 50,000 miles a year.

Society needs people that are willing to move. And for some reason, it seems as though there is a high correlation between opportunity, quality of life, happiness, social status- and similar riches- and being more mobile.