When we say ‘the 1%’ and don’t add more words to provide context, a cluster of images rushes through at a rapid clip. What our mind’s eye sees is a subjective definition of success. Usually, that’s what we associate the 1% with, success. 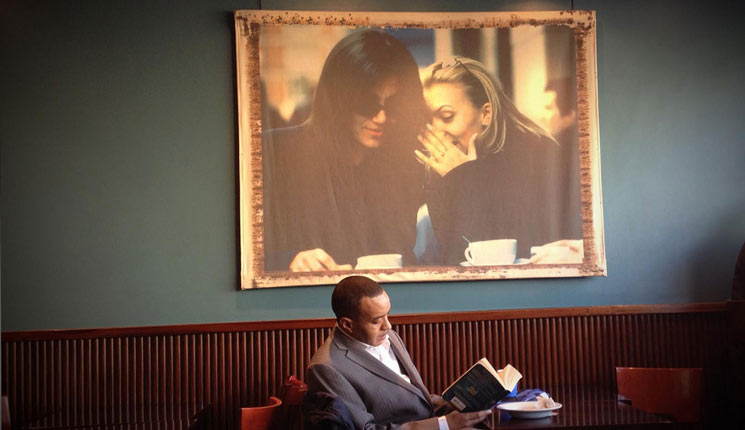 Making this association myself, over time, I started feeling a slight aversion towards anything created to delight a wider audience. Mass trends, mass media, anything that occupies the spotlight… If it’s created to fit the needs of many, the guess goes, it lacks depth, quality, substance. If it’s mass, chances are it’s not good.

This line of observation in turn inspires lateral thinking. To be in the 1%, by whatever definition you can accept, means doing what only the 1% does. Be that by becoming an early adopter, or deciding to shuffle through archives of old and forgotten material.

Not that while ago I spoke with a friend of mine about some bestseller that I’ve read. It took me by surprise to learn his view on bestsellers altogether. To paraphrase what he said, bestsellers appealed to a rather wider audience, hence, chances were, he was not going to like them.

Avoiding the trends means actively looking for the people who curate content exclusively for the 1%. Forget success now, we are talking about the 1% every niche has; the ones that adopt the new, the ones that are in turn able to dictate trends by themselves.

If you are into fitness, why reading Men’s Health? Why not some underdog blogs like Nerd Fitness?

Same applies to other industries as well. Why should marketers and entrepreneurs prefer a printed copy of Inc.com, when they can start reading Seth Godin’s blog, or follow people who are killing it at startups (the list goes on and on and on)?

When someone is convincing you that a project, a result you are hoping for, is not going to materialize the way you dreamed for, could it be that they are simply not frequenting the 1% where both information and stories say otherwise?

Really, have you ever asked yourself that maybe people who often traffic into the ‘reality’, and way things are, are actually mass-deluding themselves? Why indeed assume the other way around?

When you start digging deep enough you find things that fly under the radar of what majority perceives. These things, noticed frequently enough, can change huge chunks of your reality.

Being in fitness for a while now, I still cringe when I see someone skeptical enough to prefer running over something new and unproven when it comes to losing weight. I also laugh secretly when someone bashes workout programs that look unconventional but do the trick nonetheless (here, and here).

Majority, you see, or most of the people I know if nothing else, would prefer a linear, pawed road any day of the week. Not the 1%, they don’t.

Did you know that only few percent of Americans have library cards? Do you have information about the ratio of people who prefer non-fiction to fiction books? Can you tell how many of them are reading memoirs?

Fitting into the 1% in any field recognizes no single approach. However, reverse engineering, seems to me, is the most logical one.

Ask for a second this question – who are the role models occupying the 1% I’m particularly interested in? What do they do, read, practice on daily basis?

Humor me with a guess now and tell me this – how many other people you know that read the same books, blogs; have the same morning routines, same lifestyle choices? It looks like a no brainer even from a 20,000 feet view.

What did I do when I wanted to learn Spanish? Simple, I found a guy who is fluent in six languages and tried to copy some of what he did. He used Duolingo, and so did I.

Finding the curators for the 1%

It starts with, but doesn’t extend to role models only. The 1% are people who would rather chose a non-linear approach and figure out things for themselves. They read blogs, post on forums, frequently visit reddit. While on the subject, subreddits are a god-sent for this type of thing.

Find people who are interested in what only few find interesting. Dork up if need be. Surround yourself with curious people. Folks interested in industries far out from your reach. Try to keep yourself creatively stimulated and always learn something new.

Being weird, out of the usual context, might also mean getting fired up for things that seems boring to death for others. The 1% hardly do anything to avoid being weird. Some of my projects, if I ever want them to succeed, are going to require getting up early for months to an end. They might require going to bed early, avoiding booze altogether, having those uncomfortable discussions with friends where you feel you need to explain yourself over and over.

The 1% doesn’t tolerate the apologetic tone of voice people expect to hear. They hardly ever explain themselves to anybody. And that is as it should be.

The shortcuts to the 1%

Offering a one-size-fits-all pattern would probably show in contradiction to everything that I’ve written so far. What is the shortcut then, the way I see it?

As with anything else, reverse engineering might apply here too. If you are diligent enough to deduce based on a given image, you can model a similar approach.

I’ve found that regardless the niche, the 1% tend to share couple of things in common. The get up early, either read or do some sort of information consumption routine they’ve come up with on their own; they are physically active by doing yoga or running; they plan the day ahead, reinforce their positive thinking, contemplate, eat a healthy breakfast…

Aspiring to be in the 1%, might also translate into being an innovator when it comes to what you do, how you chose to start your day. The creative process is, like anything else, a form of work.

Find the pleasure in being ‘weird’

The people we want to learn more about, the companies after which we want to model our own, the stories we usually want to read, the romantic idea of the loser-turned-winner narrative – they are all about the 1%. Be that in terms of success, innovation, creativity, standing out from the group. And these things usually come in package.