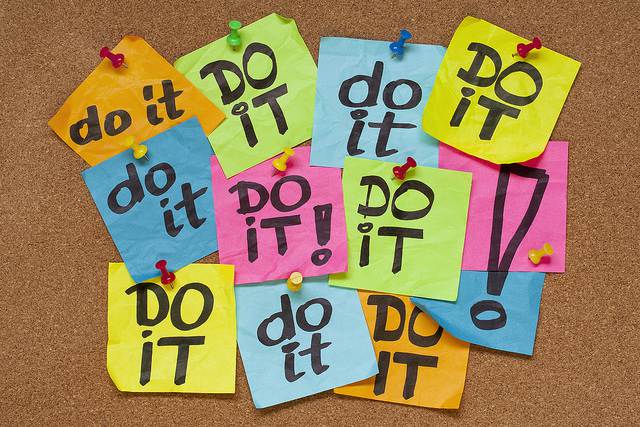 Often times we ask ourselves how to avoid procrastination; How to really find that willpower to make motive and productivity meet half way; How to use that inspiration we have and not leave things just to having an urge for doing something, but rather do it instead.

We are full of ideas all of the time, and over time more often than not we find that making those ideas turn into reality is rather hard. Sometimes even the things that seem simple enough, and need to be done, appear as something unpleasant for us.

We avoid doing them, find excuses, and get actually very good at it.

So how to avoid procrastination is maybe one of the crucial questions you need to solve before going all out for success, and increasing productivity. And nine out of ten times, it’s the first step that is the hardest to make. Which is where procrastination shows itself, and there we should learn how to stop delaying things.

10 steps that will help you learn how to avoid procrastination:

1. Plan things ahead if you can

Learning to make your schedule earlier than usual is a very powerful tactic, often neglected. What happens then? Well, you start thinking about doing the things you put on paper, and you commit yourself to an extent.

The thing about planning way ahead assures that your mind will be prepared for the task before you, and if I’m about to paraphrase, I will say that the idea of the thing that needs to be done will grow roots within your subconscious.

Then, when the time comes, your subconscious will be less likely to fight with you about whether or not you should act, rather than delay.

2. Think for a second about the satisfaction after a task done

When procrastinating, usually you are not even aware about the benefits you will pull out of doing that thing you wanted to do at the first place. You see, the mind simply decides to block such thoughts that can serve as a further motivator, just for you not to abandon that comfort zone and start going against that initial reflex you have about delaying.

Therefore, try and think more about what the result will be after you finish that task before you. Make a vivid picture if you will, or better yet, try and think about how you will feel after you succeeded doing whatever it is that you wanted to do.

Imagine how long your day will be after waking up early, picture that well shaped body after working out. Then try and see how you feel about that.

Here is an old post that explains this great technique that will skyrocket your productivity.

This is a method that may work for some. I personally find it not that much effective for me, but it may just do the trick for some though. It is actually very simple.

If you can’t make yourself do something – make it more complex and demanding. Now force yourself to accomplish that instead of the previous task. Go half way through, and you have what you wanted in the first place.

But now when the bar is higher, you will find yourself doing even more.

This worked for me just couple of times though. Wanting to bring my workout intensity up a notch, and finding myself keen to procrastination, I decided to go for something much more demanding, and choose the Insanity workout program. Need I say more than the fact that I’m half way through already?

4. Get the ball rolling

Start small. When most people start thinking about how to avoid procrastination, they try doing some insignificant tasks in order to feel more productive, more determined. And you know what, that’s exactly what you should do.

Whenever I for example start to prepare for something that requires a lot of effort, I usually start small with things like waking up earlier than usual, eating as healthy as I can, being consistent with my exercise routine.

What this does is preparing your mind to be determined more than usual, and that is one of the key factors in avoiding procrastination. Choose some small triggers that will make you more determined, more confident, and more focused. Once in that state of mind you will find procrastinating easy to deal with. 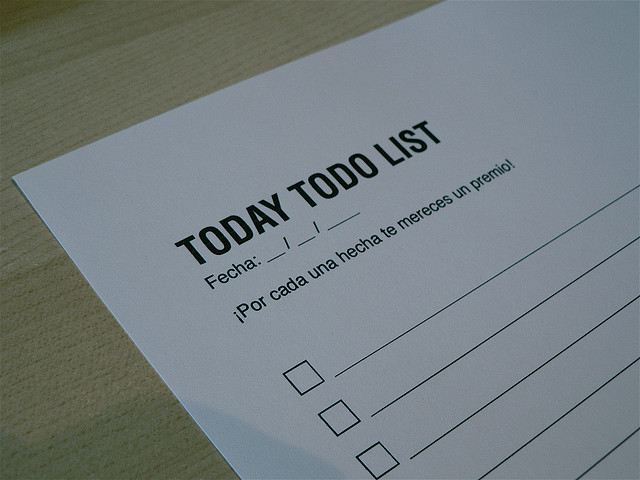 Oh, you don’t necessarily need a pen and a paper. Just try this out: Every morning before you start with your day, think about 5 things that you want to make that day in order for you to consider it successful.

Or if you want to bring the effectiveness of this technique up a notch, just put one or two things you delay the most in this so called list. You will be surprised how effective this will be.

6. Find a person or a group that will act as a support

You find something hard to do, to start? Well, in that case go and find people that share the same problem. You want to lose some weight? Try talking in some of your friends to join you (but watch out, as I found out some people are easily insulted when you mention losing weight to them).

Then, having that support by your side it’s far more likely that you will do things without delaying so much. In fact you will find yourself not procrastinating at all.

7. Reminisce about what have you accomplished already

Think about which things you dreaded doing, or were never able to start doing them. Now think about how many of those you actually done, overcoming the process of procrastination.

The thing is to realize that you actually can overcome that laziness, and if you take a look in retrospect, you will see that all of those things you done seamed hard to start at first. But you did them anyway.

8. Go one step further and commit yourself more

This is one of the things that stand out when thinking about how to avoid procrastination. It’s commitment- Plain simple as that. Find someone that you know and respect, and share your plans with him.

This will make sure that you start doing what needs to be done in order to accomplish the thing you committed. And it is proved that we are more likely to feel stronger about a commitment if it’s not only commitment to ourselves, but to others as well.

9. Stop procrastinating by asking someone to help you

Find a coach, or a close friend, or someone from your family and ask them to remind you, or motivate you to do things when you don’t feel like it. Ask them to send you messages on Facebook, remind you on your phone, and mention things to you from time to time. This actually works for some, so why not give it a shot?

10. Avoiding procrastination by changing your routine

Start doing things differently. You may find yourself functioning way better in an altered situation. You may come to realize traits you never thought you had, and quite frankly rediscover some aspects of your character. This may, in lot of cases, mean less procrastinating, and increased productivity.

Making that first step is very hard, and we as creatures of comfort often times try to avoid doing it. But try thinking more over this, and you will find out that it can easily be overcome.

Implement some of these things and tell us how it goes. Or you may have some of your own that you use when faced with the question on how to avoid procrastination? We would love to hear about them in the comment section right below.