We all crave for success. That’s an indisputable fact. But actually getting to the point where we can smell it, feel it, see it within our grasp the very definition of success – that’s a different story.

And I gave a lot of thought in this one. It’s my drive, I guess. 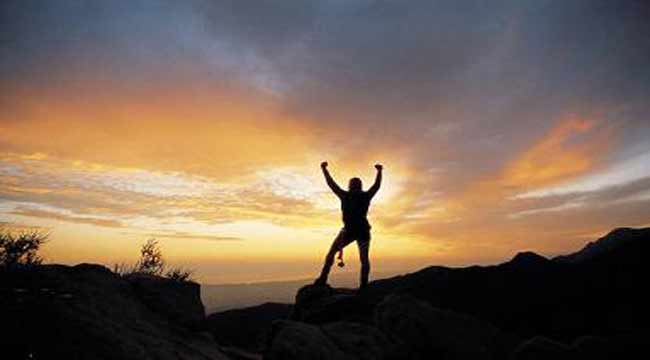 You know what I realized?

It came to me that although there is a lot of material out there, teaching us how to be successful and about the very meaning of success, offering us the best success quotes, advice and all, the fact is that the route towards success is more straightforward that we may think at first.

It’s not that complex at all, you see, to understand the definition of success, the equation for it.

There are two basic principles upon which I build my understanding for reaching and enjoying success. And those are idea, and action. It’s really that simple. These two are crucial for defining success.

Sure, you have many other factors overlapping one another, but it all starts from here and it all ends up in that direction of movement.

Success is not the position stand, but the direction in which you look. (tweet this)

In order to reach success, we must all have a clear idea. It doesn’t have to be like inventing hot water or anything similar to that mater, but having a clear and distinct goal in front of you will direct you in a way unimaginable for some.

And note this – one idea only gives birth to another.

And this is the reality for many. They start with one clear goal in sight, only to find out that it led them to more sub-ideas, broadening their view.

All of the sudden we have new and new understandings on how things can be done, and that leads us inevitably to success.

About the other aspect – action; You see, going from one idea to another, and even conceiving the first in fact, is only possible if you are ready to take some action.

So having this in mind we can define success with this equation:

Only by being active and putting your intelligence, creative capacity, enthusiasm, will power, discipline, your whole being in short, you will come to an idea, realization of the same idea, and then guess what – the inevitable success.

How exactly most of the world function?

Pardon me for taking the audacity to point myself as an objective observer from the side, but I will try to paint a picture I’m sure lot of you are familiar with.

Many of us somewhere in time come up with great ideas.

So what do we do?

Instead of heading towards realizing them, or at least giving them the boost by thinking through, or putting them in conversation, in words, we decide not to act upon them – in no way whatsoever.

Maybe it’s our subconscious mind that forces us to retain status quo just in order not to leave the comfort zone, or maybe it’s society being skeptical and all, but the bottom line is – most of the time, we don’t do nothing.

And discouraging such ideas only makes that behavior to multiply in the future, and soon before we know it becomes a habit.

This mindset is self-preserving, and it pushes us in an endless cycle, out of which there is very hard to find the exit. But there is a way out though. And it’s only possible by changing our perception when it comes to success.

How to adopt the mindset of a successful person, and eventually succeed?

And make no mistake – this mindset will push you forward towards making success a reality. It will create the momentum for giving birth to ideas by forcing you to act, to engage yourself in movement.

Therefore, by adopting this mindset, you and I both, will get preoccupied with constant movement, something that as we said before leads inevitably to success, in any form.

And the way to approach this one is by slightly changing your perception on what is real. Because success only happens when we crave for it, and in order for that to take place, we must first believe in success unconditionally.

Here is what Will Smith, a man I personally admire a lot, have to say about the meaning of success:

“The only thing that I see that is distinctly different about you and me is that I’m not afraid to die on a treadmill.

You might have more talent than me, you might be smarter than me, but if we get on a treadmill together, there are two things that can happen:

You are getting off first, or I’m gonna die on the treadmill. It’s really that simple.” ~ Will Smith

You see, he figured it right altogether. It’s never a complex thing to start with – you act, apply movement, and things happen. You think about it, it leads to action, you act – you succeed. Yes, it’s that simple. And it’s the very definition of success.

And realizing this definition, it all goes way more promising from there.

And you know what – movement don’t have to be connected with your goal at all, but it has to be constant.

You see, that’s the thing that puts you in this mindset – constant movement. Being still, and living in status quo, is only retrograding your capacity.

Movement on the other hand, enhances it. That’s the way I see it. And should you choose to perceive it in the same fashion, the doors for inviting success into your life are open.

It don’t have to come at first, but we must realize that changing our mindset to this frequency – it will eventually happen.