Have you ever watched a golf match? You know the fundamentals at least, right? You place the ball, take your swing with the club and see if it gets anywhere near the hole.

And here is the interesting thing about golf – Changing the angle under which you hit the ball reflects by changing where the ball lands by couple of meters or even more. Interesting, huh? 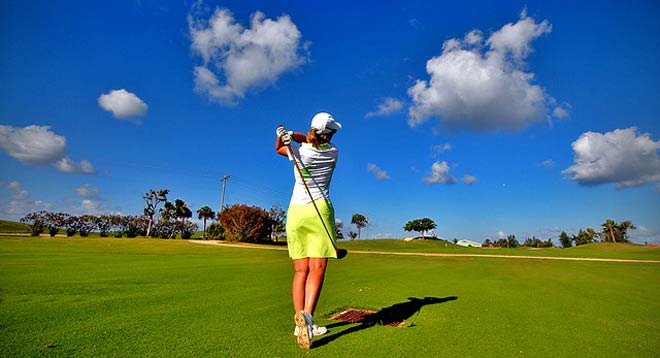 You see, we live in a world where we are subdued into believing that in order to change something big modifications are being required. But look on the other hand at this wonderful belief system imposing that changing things only by couple of millimeters can make a huge difference. Couple of millimeters. Interesting, huh?

Even extreme opposites differ only by couple of millimeters

And plastic surgeons will attest to this fact. Did you know that the difference between a beautiful person, one that is considered to be gorgeous, and say not that attractive one is only couple of millimeters? Couple of millimeters. Change the difference between the upper lip and the nose, or add some curve to the cheeks and the image of the person completely changes.

Same applies even with things like music. Ask any violinist to slide his finger on the string in a different direction while playing only one or two millimeters. The music can instantly go from harmony to complete chaos.

A fitness coach once advised me that in order to dramatically increase my results, all I have to do is increase the range of motion during each exercise only by couple of millimeters. The idea is that after a certain period it will lead towards bigger, more noticeable changes in performance. This paradigm only repeats itself over and over, and it can be applied in almost everything you can think of.

When you make millimeter small changes in the very beginning it completely changes the arc. It is an incredibly amazing belief system to have. When all hell is breaking loose, you are only couple of millimeters off. Huh?

Have you ever noticed your body posture and your body language during periods of uncertainty? Try to compare that with the opposing end of the spectrum where you feel complete confidence and are in peak state. What is the difference between the two described in extrinsic, easy to pinpoint facts?

You see, if you observe closer you will notice that the shoulders and chest are held higher only by couple of millimeters, the lips make a curve which is hard to even measure, the tone of the voice and breathing pattern change by a tiny fraction. And all of this impacts your state tremendously. It impacts the way you feel, the way you communicate and connect with others, the way you think, even.

Small changes in habits can bear birth to some incredible achievements

Let me indulge you with another fitness analogy. Do you know that in order to develop the habit of running every morning, all you need to do is get up early and just put the shoes on?

Really, just try it. You don’t have to do anything else. Just get up early and put the shoes on. That’s it. Chances are that nine out of ten days, you will end up running.

Having this in mind can you guess what it takes to write a book? Or learn a language, or even make a business or reinvent your life? -A millimeter small change to your daily routine.
That’s it- one millimeter. After that, as I said earlier, the arc changes direction and the outcome is distinctly different from any other past experience or expectation.

But even as important as changes in habits and daily routines are, what ultimately leaves a bigger dent is the change in attitude. It resonates deeper than anything else. Once you change your attitude about something or about yourself, everything else changes direction. You act according to your identity, and you can influence your identity all by yourself.

One book, one quote, one idea can affect your actions and thus your life more than myriad of tactics and strategies can. And the change happens in that one millimeter. Think about it.