Bearing in mind the rate at which people tilt towards personal development in any form, and considering the fact that this new philosophy or way of life percolates more and more by the day, I’m sure you will see more buzz around the subject.

When personal development is brought to the lines of vague rhetoric the effect it produces is rather hard to label. And with thousands of books on the shelves, and more coming out on daily basis, this is the truth for the industry – it is taken more seriously than turkey gobble only by a razor. 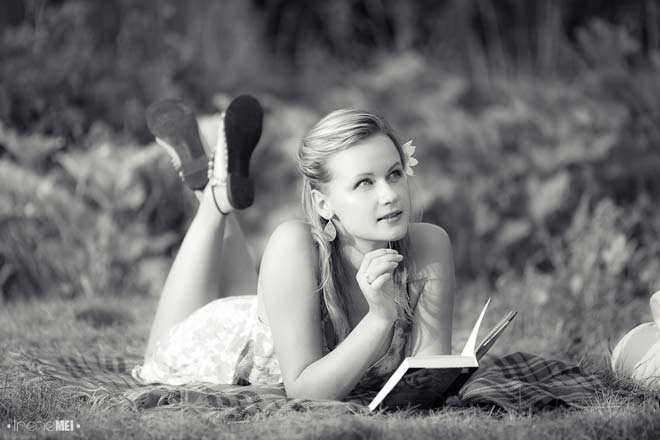 Having it scrutinized it seems that practical implementation is imperative.

Tony Robbins was probably the first to start doing week long workshops and courses, during which people were to implement each of the techniques presented. Robin Sharma (you can Google these two names) on the other hand went a step further and started to add, in every one of his books, the concept of trying everything new for 21 days, till it becomes a habit, a second nature.

The evolution in the industry

Albeit a slight change in perception was, and still is the starting point of any personal development endeavor, doing started to trump perceiving by a huge margin.

Whether this was due to newer practices like the phenomenon of fitness which was slowly but decisively taking part in personal development and starting to alter the picture of it; or was it the healthy living as a whole with things ranging from carefully composed diet patterns to managing sleep cycles, it is hard to tell.

What happened though is personal development being measured on the premise of daily input. This alone lifted the flowery prose that was a variation of modern psychology and started to deal with reason.

The “what-you-are-tomorrow-depends-on-what-you-do-today” type of thinking started to pervade the entirety of self-improvement ideas.

As a result, words like time management, productivity, to do lists, and goals became more represented by the day.

If we ask the average Jane about personal development, chances are we will hear a lecture. Point being – it penetrated the lives of people so deeply that western culture embraces it without question.

But here lies the twist – instead of the classic “ask and you shall receive” arguments behind self-development, what she will tell us is coherent with the way nine out of ten people perceive the concept today. She will talk about her day, her schedule, centered around but not limited to work, implying that personal development happens even in her spare time.

We will hear things like waking up early, doing some sort of physical activity, increasing the work space productivity, reading, watching a close eye to diet, planed and intentionally arranged time for both friends and family, entertainment and leisure.

She believes that personal development and her lifestyle are in fact the same thing, wholeheartedly adopts the lifelong learning concept, and has the kind of smarts that keep her up at night.

Stereotypical as this may sound, many of us pinpoint themselves in between these lines; and we follow proudly, some even with the speed not of their choosing.

Whether the search for dynamics, or dreading the thought that progress happens only towards a certain point is to blame, it seems that the idea of not investing in yourself, regardless of the form, is less innocuous than it was some years ago.

If watching the TV changes meaning on the basis of whether or not we are doing it intentionally, then to say that we are programing ourselves is an understatement.

Why everything has to have a reason, an emotional and rational calculus?

Why not letting things flow once in a while?

What psychology has to say about it

Sigmund Freud, describing his pleasure principle, said that people’s greatest goal is to experience the maximum amount of pleasure and minimum amount of pain. Following his notion, it goes that we are inherently hedonistic beings.

This realization is however out of sync with the thesis of what personal development offers. If we are to observe self-development and want to still come up with an acceptable explanation, the answer is probably with the humanistic branch of psychology.

Abraham Maslow and Carl Rogers’s theories grew out of a need for more personal meaning to offer than that of Freud. What they focused on was individual potential and purpose in life through personal achievement. They introduced this positive, humanistic psychology in response to what they viewed as the overly pessimistic view of psychoanalysis.

Their point being – albeit having to invest and devote oneself in order to witness results – the right to reach higher is simple.

Now this relates a lot more to what we conceive as personal development nowadays. But the final push towards how we approach it is probably thanks to the essentialists in human psychology.

What they suggest, among other things, especially Skinner, is that every action that we make instantly has the effect on our lives for better or for worse.

Admittedly the context is complex and bears careful consideration, but from the average point of view, one simply improves or retrogrades. And this really sheds light on the question of adopting personal development and makes it rather easier to answer.

For twenty five hundred years people have been preoccupied with feelings and mental life, but only recently has any interest been shown in a more precise analysis of the role of the environment, and furthermore our behavior in, or according to it.

I’m not bashing Freud now, since Skinner implied introspection as well, but he did it on the premises of reminiscing about experiences and behavior on the expense of feelings and emotions. This aligns perfectly with the quite western-ish take on personal development if you think about it.

The discrepancy between personal development and other ideas

Personal development is cohesive with yet estranged from religion at a number of levels.

No matter the one, it seems that a person becomes a bipartisan the moment he chooses to dedicate his day to constant improvement. Religion offers a slightly different devotion – everything that you do is as to celebrate it. Personal development, on the other hand, implies although not self-indulgence, but a certain dose of egoism.

Translated in vernacular – you become the center of the world.

Now this notion encompasses a wider range of dilemmas- how grateful, how thankful, and how compassionate a person that constantly thinks about himself can be?

But the leaders in the industry recognized the egocentric part of self-development, and offered a tweak to the philosophy – Personal development was now to also include the quality of interpersonal relationships, and as such make us tilt towards others equally often as we would towards ourselves.

If the notion of hedonism being our driving motive subsides, then we are left with exploring and reaching potential. However this is considered as something we are investing into, or rather devoting to, so adding the fact that we take “breaks” from intentional self-development into the equation, hedonism is back into the game.

Personal development, being seen through this scope, interlinks with both theories. Rather obliquely at that I must add, since it borrows something from here and something from there.

What it also borrows is some principles advocated by religion, trying to touch spirituality as well. Affection through affability at its best I suppose.

It seems like the more intention we invest into the process, the less to our hedonistic nature we appeal. And the same applies vice versa.

So knowing this, I’m willing to wager that contemporaries in personal development literature and avid advocates of the same (think Oprah) are more and more eager to suggest on making a blueprint for your lifestyle which is by no coincidence identical with the blueprint of your personal development and lifelong learning process.

In other words, to make self-development an inseparable part of who you are and what you do, without the feeling that you are investing yourself intentionally and consciously for that matter.

You flip through the pages of the newer titles and tell me if I’m wrong.