Our actions are almost entirely dictated by the state in which we are in. And while functioning in peak state is appealing in itself, often times, regardless of the level of know-how, or determination, or being motivated, such state can subside and be replaced by feeling low. 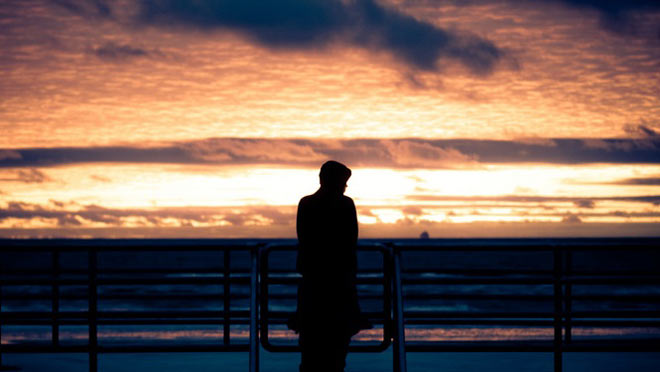 The reasons, multitude of them, can vary from the most mundane to some which carry circumstances hard to overcome. And once being used to functioning in peak state, be that in terms of physical peak or extraordinary work ethic, or mental and emotional discipline, feeling low is not just an instance but rather a phase, being experienced much more potent and having bigger impact upon your lifestyle.

Why do you feel low?

To pinpoint one exact cause for feeling low is a losing proposition. The reason usually lies in a more complex set of circumstances, some of which have been creating themselves over a longer period of time.

That is why it is rarely heard of for someone to be and function in a very peak state, and then, all of the sudden, start feeling low.

Both reasons and solution should be searched on the periphery. Namely, when reasons are in question, we should reminisce in retrospect about any deviation from our habits or from our routine that happened on a wider time span. Some positive habit that slowly dissolved over a month or two, or some set of activities that contributed to our peak, and were then replaced by either idleness, or something counterproductive to our lifestyle.

Being able to pinpoint some of these changes might show you the exact reason for feeling low. You see, often times we blame mundane things that happened recently for our lack of will power, discipline or whatnot, but truth remains that the real reason is probably a cocktail of circumstances creating itself long before we noticed that something is wrong.

Sometimes it is like we are feeling low for no reason, suggesting that it all really stems down to a process which started some while back.

Translated in vernacular, it means that recent changes in circumstances were only slap on the wrist and contributed in tipping the scale.

Feeling low is a phase

Following the notion above we might conclude that feeling low is a phase, a process if you so prefer, that has its inchoate beginning, something that ultimately made the shift in mindset, a short or prolonged period of feeling disheartened and mildly depressed, and what you are probably most interested about – a gradual but decisive solution.

Feeling very low and depressed is the phase which is the hardest to cope with, but if the rest of the process is understood it can be overcome quite more easily.

What to do when feeling low?

Just as the reasons can vary both in number and in complexity, the solution is variety of options as well.

Depending on your state and the type of person you are, there is slight change in approach.

The first thing you should do is pinpoint the most likely reasons which led to the development of this process. Start searching way back – even more than month or two ago.

It can be a lack of routine which previously shaped your daily life, something that was added that is hurting your identity, your spirit; something that is questioning your beliefs, ideas, self-confidence. Whatever it was, it usually went unnoticed for a while leaving the room for it to take shape and change direction.

If you are able to quickly locate this change, then start to reverse it one step at a time. Build the positive habit again, start cutting off whatever that has negatively impacted your state and caused you to feel low.

Step two can be related or entirely separated from step one. And it is as pragmatic as it gets. The goal here is to emphasize the feeling low state. Embrace it rather than denying it or trying to fight back- Letting go if you will.

What this ultimately does is allowing you a deeper insight into what led you there. You see, emphasizing on the low tends to reveal what went wrong in the first place. As you emphasize the state, the reason will emphasize itself too.

You bring yourself into a state of total surrender and vulnerability and from there it is easier to recognize the shift that took place.

It is not some flowery prose on how to become emotional, but rather a quick and pragmatic way of experiencing catharsis.

For some, fighting back means delaying this process, and they are trapped into an infinite chase around the maypole. Therefore letting go and allowing yourself to feel low for the time being is usually very much advised.

When you embrace the phase and even try to emphasize it you go as low as you can for a while. What this does is creating an opportunity for whatever change you introduce later to be recognized by your subconscious as progress.

And progress is what will drag you from the phase of feeling low and ultimately complete the process. You see, it is not results or achievements that we are after, but rather a constant state of progress.
That is why it is always said that no matter how high you achieve you can still feel pretty much miserable if your progress reaches a plateau.

And in this state of feeling low even the tiniest of progress can easily led to building momentum. Once this happens you are off the hook and quickly reinstalled into a peak state.

Feeling low is not an instance, and if treated as such it can last for quite a while. Understanding that it is a phase from a more complex process allows us to be able to pinpoint the exact set of circumstances that led us there, and ultimately reverse the process so we are at the other end of the spectrum, returning back to our peak state.