The Polyphasic sleep cycles are an unknown subject, a taboo, even. Considered by many as simply too good to be true.

Living this hectic lifestyle many of us are trying to improve, often times we find having less time on our hands. Time for being more productive, time for enjoyment, time just for us. And while we are all asking the question on how to have more energy throughout the day, as well as more time on our hands, it seems that we forget this one, and oversee it by a long shot. 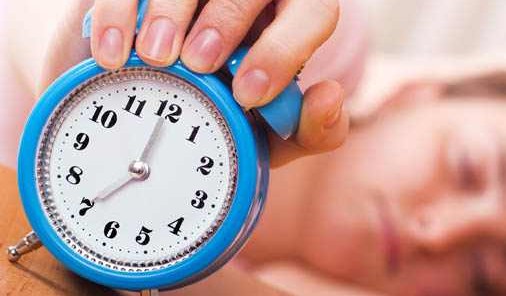 Although, in today’s world, with pretty much everyone missing an hour or two every day, in constant hustle with the remaining time throughout the day, I would guess it’s more like 5-6 hours sleep on average. With the ongoing tendency of getting even lower.

Now, that’s called Monophasic sleep cycle, or a sleeping cycle consisting of one phase (once a day), mostly at night. It’s the most common and pretty much the “default” way of sleeping known to us humans.

But, curious as we are, someone figured out that with the way of living getting constantly more demanding, the monophasic sleep cycle is just not practical or efficient enough. People started to experiment with various sleeping cycles, with different timing and frequency as early as the 20-th century.

Now, first things first, let’s get a quick view over the actual process of sleeping before we move to the polyphasic sleep cycles.

There are generally two types of sleep:

They are an ongoing processes happening over 5 stages of sleep. The first four stages are the NREM sleep which is the majority of our sleeping time. While the fifth stage is the REM sleep, where the process of dreaming occurs.

These 5 stages are not continuous or sequential. Usually the sleeping cycle begins in stage 1, progresses into stages 2, 3 and 4. Now, after this stage (stage 4) the third and second stage are actually repeated again before entering the 5-th stage or the REM sleep.

We enter the REM stage approximately 90 minutes after falling asleep. The first cycle of REM sleep usually last only a short amount of time, but with each cycle afterwards, it becomes longer. REM sleep can last up to an hour as sleep progresses.

Once this stage is over, the body usually returns to the second stage of sleep. This process is repeated four or five times on average throughout the night.

It’s important to note that the importance of the REM stage is not very well known. However there are some known facts.

REM is characterized by rapid movements of the eyes during sleep, which is why it’s called REM. The large voluntary muscles of the body are paralyzed, while the brain activity is very intense which causes the dreaming process.

Also it’s considered that the REM stage is the time where the consolidation of the memory occurs, which makes it a very important stage, directly affecting the process of learning and remembering.

I guess that’s why you’ve heard people saying “get a good night sleep in order to sort things out.”

The other 4 stages also have some significance, particularly the second and third stage of sleep, which is where the deep sleep occurs. It’s in a way a complete opposite stage of the 5-th one, as it actually directs all blood flow towards the muscles and away from the brain.

It’s is believed that this stage helps in restoring the physical energy. However, like the whole process of sleeping, it has a bunch of unknowns too.

Now, before we move on to the polyphasic sleep cycles, you might be wondering why I even mentioned all this anyway ?

Well, mostly because with the polyphasic sleep cycles you’ll be skipping some of this phases and reducing the time for another ones. That’s why it’s such a taboo subject.

I mean why else on Earth would we spend more hours on something that can be done in less? Think about it. Are we not better off with just couple of hours sleep a day? Even without having more direct benefits towards our life.

The thing is that these cycles are not that talked about, so there is no hard evidence of them. Yet.It’s up to you to see for yourself, of course if you are daring enough.

So let’s just go right to it.

The first of the polyphasic sleep cycles is the biphasic (siesta) cycle, which is pretty much the “normal” cycle for any student and/or teenager in the world.

It’s also the easiest one to get accustomed to. Practically most of us are already accustomed to this cycle, so there is no need for more explanation about the biphasic sleep.

This polyphasic cycle is somewhat harder than the biphasic cycle and is consisted of one core sleep of 3 hours and 3 complementary naps of 20 minutes. This should be enough time for all 5 stages of NREM and REM sleep to kick in.

The Everyman is one of the most popular polyphasic sleep cycles mostly because it’s considerably easier to adjust to. There have been multiple case studies with various people incorporating this polyphasic sleep cycle in their lives for several months, even years, without negative effects on their health.

The last two polyphasic sleep cycles are quite similar because of the fact that they are consisting of naps, only. Without any core (longer) sleep whatsoever. But they are also the most effective ones when productivity is concerned, meaning they require the least amount of sleeping time.

The Uberman sleeping cycle is one of the hardest to adjust to. It requires 6 naps of 20 minutes regular intervals throughout the day. Although there are some successful stories of using 30 minutes naps, the most successful and wide accepted interval is the one mentioned above, 20 minutes naps on every 4 hours.

The widely recognized self-improvement blogger Steve Pavlina has been using this polyphasic cycle for more than 5 months without any bad effects on his health.
He’s even consulted with a doctor during that period and was assured to be completely healthy.

He experienced one long-term consequence of the Uberman sleep, and that is the ability to fall asleep very quickly. That’s a very cool side effect, we must admit. Just imagine, you can fall asleep whenever you want, within a seconds.

According to Steve, the only reason he converted back to monophasic sleep is because the rest of the world is monophasic, which gave him a hard time adjusting to the challenges of the day.

That’s mostly because every nap in the Everyman sleeping cycle is crucial for the mind and the body, thus skipping one will make you feel extremely tired and powerless.

This Everyman sleeping cycle is supposed to adjust the body to skip the other stages of sleep and going directly on the REM (5-th stage).

Everyone who managed to adjust to this polyphasic sleep cycle have been mentioning the same effects on his health:

This cycle is an invention of Bucky Fuller, based on his belief that everyone of us have two energy tanks which need to be replenished.

This sleeping cycle is based on four 30 minutes naps, or 30 minute naps every 6 hours. Bucky himself noted some very healthy feeling in general and no bad effects on his health.

The Dymaxion sleeping cycle is extremely difficult to adjust to and the only one who managed a couple of days with it, is the creator, Bucky. This is the main reason why some people consider this Dymaxion cycle to be just a myth.

There are some other sleeping cycles mentioned throughout the years, mostly a combinations of the ones above, but with very little or no evidences or even people who tried them.

How to figure out which sleeping cycle is right for you ?

First, let me be clear – this cycles are meant to be used, and are usually practiced by people who are having hard time to do the necessary things in their lives with the monophasic sleep.

If you’re having enough free time to accomplish everything that matters to you with the monophasic sleep cycle, then logically you wouldn’t want to put yourself through the troubles of adjusting to another sleep cycle.

As a contrast, if you have a difficulty falling asleep, or find yourself waking up in the middle of the night, then it might be time for a change.

Otherwise, if you’re always lacking the time to accomplish your to do list on daily basis, then you might try one of this polyphasic sleep cycles, depending on your lifestyle, and the available time in your day for the needed naps.

Preferably, if you’re doing this for the first time, the cycle which is most widely accepted and has a pretty high percent of success is the Everyman sleeping cycle.

There are literally hundreds of successful cases out there, documented, about this cycle. And it’s similar to the biphasic cycle which many of us are already adjusted to.

Chances are also that you will feel exhausted for the first week or two. That’s normal, giving the time frame and the drastic change you have to make; change on one of the principle human needs – sleep.

Having that said, you may feel like zombie, but that will quickly pass, and you will soon feel the real effects of this. On a side note, if you decide to give one of these cycles a try, you will have a lot of spare time on your hands.

If you decide to start with a workout regimen, make sure that it is something easy and doable at first. Yoga and Pilates over weight lifting or intense cardio. Being a fitness enthusiast myself, who also coached for a while, I’ll recommend this workout program.

Going through that drastic change with the sleeping schedule, and having your mind wondering in your extra spare time, is something that really frightens me as a combination. That’s why I recommend that you find yourself a hobby, something to preoccupy your mind with it.

Also, I have to repeat this, have in mind that these are all experimental case studies with no hard medical evidences about the potential side effects, so if you decided to give it a go, you might wanna do regular health consultations with your doctor, just to be sure that everything is ok.

The potential benefits from these polyphasic sleep cycles, although admittedly sound like too good to be true, can be life changing for some. If you’re in a position when you terribly need some extra time, and you have the necessary will power to go through the adjustment period, you might wanna try one of this polyphasic sleep cycles.