While personal development relies on habits and routine, perspective alone is what dictates most of it. An idea, then, to see things differently, is what ultimately drives growth. So refreshing this category, after a long hiatus, I’d like to introduce the concept of the Human Colossus. 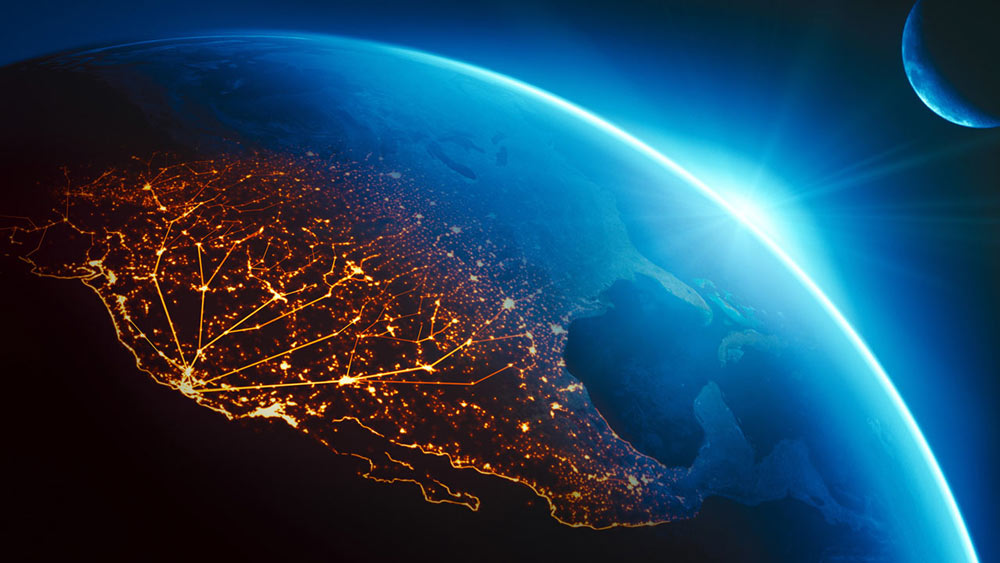 I first stumbled across this idea after reading what it seems to be a completely unrelated article on the topic of Brain-Machine interfaces. Coined by Tim Urban, the concept of the Human Colossus helps to explain the progress of our civilization.

When language came into existence, ideas, experiences and knowledge started to transfer and then accumulate. Hence, the Human Colossus was born – the analogy of a collective organism comprised of billion cells, each represented by a single person.

Tim argues that the man of today is not completely different from the one thousands of years ago. If you were to take a baby from, say, 10,000 BC, Africa, and raise her into 21st century San Francisco, she might grow up to be an entrepreneur, writer, doctor, lawyer, sports scientist, or one of million other things.

And though the anatomy is a match, a baby from today, if theoretically taken back, won’t grow up to be anything else than a hunter gatherer. She may be able to flee a rabbit, start a fire, and operate a pointy stick… but other than that, no higher intellectual capacities would develop whatsoever.

It is safe to conclude, therefore, that the only difference between these eras is the birth of the Human Colossus – a super connected organism where one piece of information climbs on top of another, being readily accessible for every individual to take advantage of.

Being a cell within the Human Colossus

Vishen Lakhiani, a New York Times Bestselling author, builds on top of the Human Colossus concept, in order to propose a new model of growth, connection and contribution.

You can explore this idea in the video bellow, but let me just briefly surmise the premise. Vishen proposes that we become aware of the Human Colossus – to acknowledge, and appreciate, the concept of belonging to a larger whole.

Doing this, he believes, will profoundly change our perspective. Instead of looking at things with a self-centric view, we might start to consider the bigger picture.

Improving yourself through the idea of being useful to society brings a completely different approach to self-growth. Whereas contemporary self-improvement techniques focus on the routine aspect of becoming better, they neglect the “why”. Functioning in what is a highly connected society, we still give personal improvement a very self-centric and therefore self-indulging treatment. The opposite, however, is likely to be necessary.

Vishen, proposes, that we should view ourselves as being part of a large organism. A super connected organism like Tim Urban describes – a human body if you will – where each person is nothing more than a cell.

And just as cells come in different varieties, so can every person have a different effect on the Human Colossus. A healthy cell can contribute to the wellbeing of the entire organism, whereas a broken cell can be a burden for growth.

Helping one another, to heal, to develop, and to excel, we contribute to the growth of the Human Colossus as well. 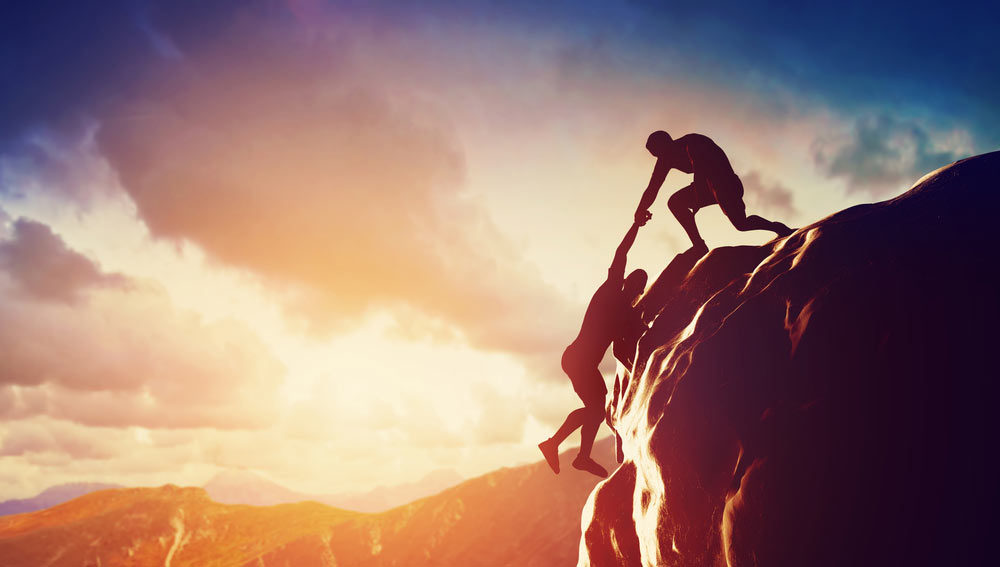 In addition to this core analogy, I’d like to propose another layer. Just as every healthy cell within an organism is rewarded with nutrients, so too is the individual within society at large.

Or you can put it as Jim Rohn used to say:

Give people what they want, and you will have everything you want.

The Human Colossus, through mechanisms of its own, rewards certain types of behavior. When you care, when you invest yourself fully, when you provide for others… entire parts of the colossus acknowledge this, and they act accordingly, with affection and generosity.

Helping other people, and other parts of society to improve, you get rewarded by what economist Adam Smith called the Invisible Hand. Functioning from altruistic reasons or those of self-interest, the Human Colossus doesn’t really care, as long as you are contributing to society.

And that is the way in which our role in this world should be evaluated, our companies created, our schools and universities shaped.

Nobody can micromanage the cells within the Colossus 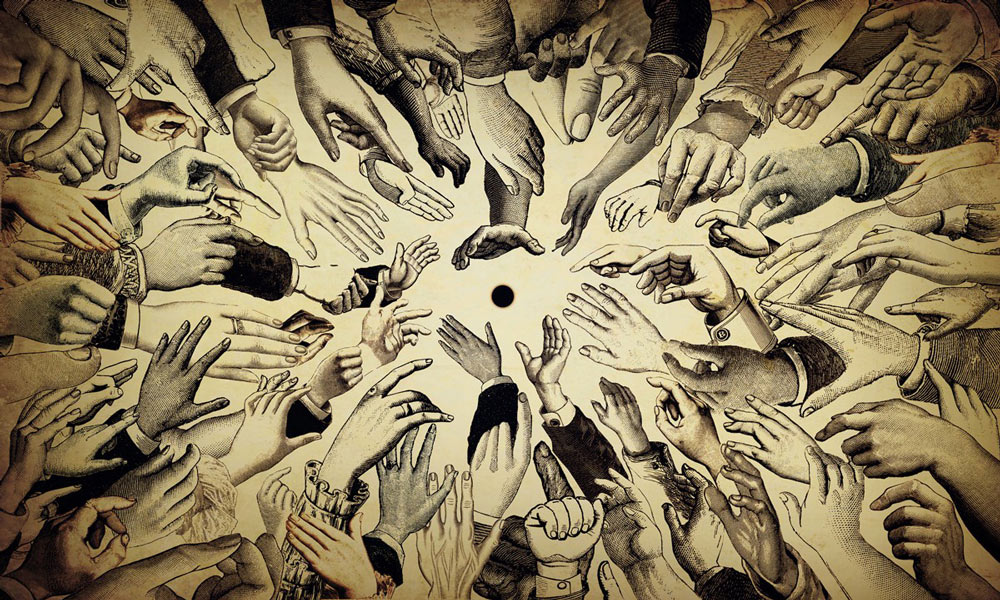 Before wrapping up this article with a message of my own, I’d like to refute the claim Vishen makes in regards to micromanaging the Human Colossus. The intention to reward good cells versus bad cells, “plus” corporations versus “minus” corporation, noble as it is, is both impossible as well as dangerous.

I kind of hate the fact that he is confident enough to propose a micromanagement view on society (the “plus” entrepreneurs versus the “minus” entrepreneurs, etc.) Because, the truth is, that nobody can micromanage. Not yet, and maybe never. Just as you would mess up the entire body by trying to micromanage cells, the same happens to societies at large (think communist ideas).

We, the Human Colossus, are so complex, that through that complexity signals circulate throughout the organism, sending messages on what to focus next, what to work on, and at what speed… You cannot remove the “minus”, the bad signals – they are much needed and dictate other activities of the human colossus.

Maybe something that looks toxic now is in fact pushing humanity forward (influencing political ideas, the stock market, the supply and demand chain that gives birth to millions of entrepreneurs, organizations, and technological breakthroughs in a cycle that never ends).

Just think about how the Virtual Reality (VR) technology is being pioneered in industries such as gaming and pornography – fields you might definitely consider “minus” from a let’s-organize-the-human-colossus-better point of view. Yet, these trends give raise to demand, and subsequent birth to events that lead to better technology, innovation and adoption. Before you know, the VR technology, fueled by both gaming and pornography, is finding its way into universities and laboratories, teaching students in Zimbabwe how to perform an open heart surgery.

Have you succumbed to a personal view on morality, eager to advocate the termination of these seemingly useless industries, an entire chain of events might have collapsed.

Just as I discovered the importance of taking care of my lower back after dealing with debilitating pain; or some people learn the importance of strengthening their core right after experiencing the symptoms of hernia, the “minus” cells are definitely needed within the Human Colossus.

Focus on your personal role

Being aware of the Human Colossus is maybe enough to look at your life from a different angle. Knowing that your improvement, and your merit, is often measured against the needs of other people is a surefire way of avoiding self-centeredness and actually contributing to society.

Even if you focus on your personal wellbeing, understand that it relates to society as well. As Tupak would have said:

The importance of remaining healthy, therefore, grows along with the awareness of being part of the Human Colossus. Meditating, maintaining a healthy weight, following a healthy diet, exercising, learning and adapting continually… All of these help you, so you can help others, altruistically or out of self-interest.

With you being a healthy cell, the Human Colossus is likely to be influenced in ways we are not capable of imagining. So as Tony Horton would say – do your best and forget the rest – focus on your role exclusively, knowing that you are part of a larger whole.