Why do we need separate environments for almost everything that we do? Is it necessary, or is it just a cultural reflex adopted along the way? The office is the place where we do the work, the diner where we eat and socialize, the club where we have this uniformed idea of fun… The gym is the only place where we are allowed to physically express ourselves, the theatres, libraries, schools, museums – where we collectively resort to learning, art and entertainment.

We have had this mantra drilled into our skull for so long now and it seems that in a world of short lived attention span changing the environment does not only contribute to changing one’s state, but rather forcefully dictate the transition.

We are raised so that every different environment brings along different set of regulations, rules, expectations… Where we do most of our work and where we revert to leisure should at least be somewhat separated. And that is as it should be. But when the act of dancing raises eyebrows just because it happens outside of a club, it begs the question of how programed we really are.

Take the clubs for example. Simply put, we enter there expecting to have fun, without much in the way of spontaneously enjoying it. By and large, it is impossible for so many people to want to dance all at the same time, say every Tuesday right around midnight. Yet, that is the case, and for some reason we are perfectly ok with it. Conditioned or not, fun is fun so there’s that. But I digress.

What raises more red flags, at least in my book, is the habit of pointing fingers at those who decide to express a certain state without pertaining to the already prescribed environments.

A man who starts running all of the sudden can easily be considered a nut job, while the one who starts dancing (note that dancing usually requires an awful lot of excitement and emotion) right after walking into a club is socially accepted.

I had been asked how can I work from home far too many times, and the same people who usually ask this seem perfectly ok with those who are stuck in traffic for one hour before they arrive at the office. And to say that this runs counter to some conventional wisdom would be a huge understatement. Changing environments and what we are supposed to do within them, is a less exalted idea regardless of how pragmatic it can be.

All creativity, emotion, excitement, urges for something, must be adequately suppressed up until we arrive within a certain environment where it’s a go. And this adds an artificial flavor to almost everything that we do. It squanders potential too. Productivity issues, boredom, frustration – all these might easily subside if we were allowed to overlap actions and to some extent disregard environments.

Environments also dictate identity or how we perceive ourselves 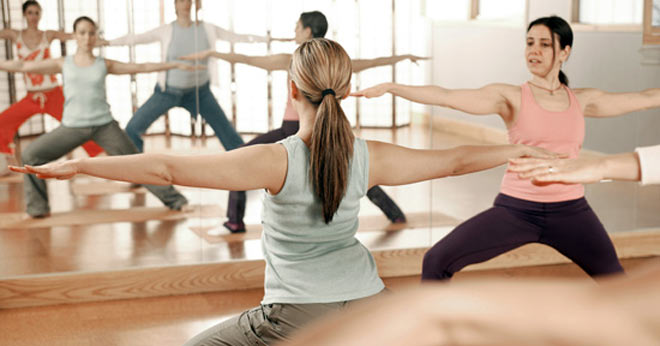 If you are skeptical about the bigger part of what I’ve typed so far, only a single retrospective look over your last week might make my points fare better. In this vein, elaborated studies and empirical evidence is obsolete if we want to link behavior with environment. However, by contrast, same cannot apply to examining the link between environment and identity.

With this thought in mind, we conducted a – how do I put this- rather inchoate study, by using some internet data that we came up with via paid surveys.

Nothing fancy, and for sure lacking the expertise, we managed to pull out some interesting answers to couple of questions, most of which answered by choosing a multiple choice answer.

The study was conducted by using Facebook advertising, targeting people who were roughly in their thirties (we figured it reinforces the argument, since younger generations might be more open to testing common assumptions. Told you – nothing fancy but couple of half informed guesses).

Facebook is really great for pinpointing a certain demographic so we added couple of other parameters as well. Not gonna bother you with the specifics, though once again – nothing more than your common sense guessing.

The numbers, albeit fairly thin (we did manage to pull out close to 300 answers), show a rather interesting pattern in thinking.

It seems, and quite disturbing I must add, that most people reveal a different aspect of their identity whenever they change the environment. For example, people who picture themselves being athletic while at the gym, would usually not feel the same otherwise – meaning in any other environment. Same goes for people who are in or out of an office – depending on their environment they perceive themselves slightly different in terms of how productive, creative, valuable they are.

And this only reinforces the idea that the environment can be overly manipulative. And not only with our actions, mind you, but our emotions and, as our half-baked study suggests, identity as well.

From our data it also feels as though a conflict arises when individuals who picture themselves a certain way are somewhat troubled when they are not within an environment that supports that identity.

For example, when a person who regards himself as the productive type does not share the same environment accepted by majority when productivity is concerned (say he works from home instead of going to some office) might get into a conflict with his already established identity about himself. And this is a rudimentary way of me explaining this, but you get the point.

All in all, there is this concept of environment dictating both our behavior and partially our identity as well (or so our less-than-credible study says). What is somewhat concerning is that we hardly ever pay any attention to this reality, despite it going against our inherent nature – to be spontaneous, constantly willing to express, even though sometimes haphazardly and out of context.