If an alien tries to scrutinize the whole of personal development, he will guess, and not be very far off, that it is a self-centered act. Personal development, at least at its early stages, is almost entirely ego based. Later on, when things progress into giving back and contributing, it slightly changes form, but on the surface it is nothing more than a personal endeavor.

The very efficiency that personal development rests upon is, in a way, thanks to the notion above. It seems that in a situation where we are the only variable, things get quite easier to manipulate. The problem however is that we are social creatures. And this spoils the calculus. 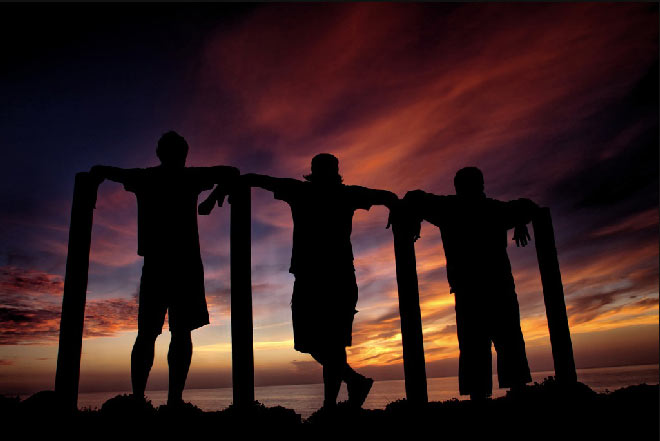 The surroundings have a way of messing things up, and more often than not they do just so.

Why the surroundings are important

One of personal development’s main features is that it puts you into a peak state. Namely, you condition yourself to believe in certain set of possibilities, ideas, have a slightly different world view if you so prefer.

If the surroundings correspond with your belief system then there is rich soil for further progress. If not though, you will experience one exercise in frustration after another.

The surroundings sometimes know how to promulgate mediocrity. The reason why this is so is because people feel safer and sleep better once they see you equal as everybody else. If you however excel in some segment then that makes them question their own beliefs – and that, nobody wants.

The reason why this should concern you is simple really – if you have your beliefs and ideas questioned time and again, they will eventually lose strength.

How to reach peak state regardless your surroundings

In every society there are standards, beliefs, dogmas we are conditioned to abide by. And being creatures of comfort most of us not only accept linearity but embrace it wholeheartedly.

I had people telling me how exercising is a bad thing. How I can do it only for so long and then it will eventually subside as a habit.

On different occasions I was also told that reading too much books is a waste of time.

You see, if you are even slightly different from your surroundings it sends up red flags. Translated in vernacular, nobody gives a damn if you spend your entire day on Facebook, but people will go out of their way to tell you that you are wasting your time exercising, reading books, nurturing a passion…

Trying to provide rationale on how to bring the best out of the cards that were being dealt to you, I will start by redefining what surroundings mean.

Create your own surroundings

For all intents and purposes let assume that you are already giving a great deal of effort to minimize whatever influence the surrounding is generating.

But if you fail to understand that you must replace one influence with another, it will be a chase around the maypole. And in order to create a surrounding of your own you must know what you are aiming for.

After this is established then just find the people that either got there or are sharing the same journey. Friends, strangers, online contacts… Create your like-minded circle. Then only try to expand- celebrities, inspirational figures, role models, young or old, living or not. Surround yourself with their stories, books, beliefs, ideas…

Want to be an entrepreneur? Read about Steve Jobs.

Athleticism is the thing you are after? Bruce Lee shared a lot of wisdom for all I know.

Want to construct sickening work ethic? See what Will Smith has to say about it…

You see, you can create your own circle of influencers and inspirational figures. And having a role model only propels your chance for success. It will also provide for a slightly different reasoning- that it is possible, that it is real, that it is in fact easy.

Two easy tactics to be the master of your own surroundings

Like you, I value pragmatic example far more over vague rhetoric. So let us get down to it right away.

1. If you tried to change your surroundings you probably had an experience that was to some extent similar to what I’m going to share. Have you ever tried changing other people opinions and realign them with what you believe, what you envision, what you know is possible? Tell me how that went.

You see, nine out of ten this is a losing proposition. The thing is that not only we are not achieving any tangible results, but we are both wasting precious time and energy, as well as constantly weakening our beliefs and resolve respectively.

The takeaway? Stop trying to convince others to jump on the board. If someone cannot be open to the idea, don’t waste your time convincing them otherwise.

2. The other tactic is to try and pinpoint the people who are in closer vicinity to the frequency you are functioning on. Try to grab as many examples as you can, meet as many people as you can meet who share your goals, your ideas. See how they got there, how they faced challenges, how they overcome adversity and mediocre surroundings.

Take a piece of paper and write down all the qualities that you can identify which these people possess. Over time try to obtain the same qualities.

In an environment where mediocrity is more prominent it is hard to strive for more. Often times you might get ridiculed, avoided, find yourself on the receiving end of tons of criticism. It is imperative to know how to get immune to all this, and creating your own surrounding buys you a lot of progress either way.