True inspiration may come in many forms. Sometimes it needs a complex set of emotions, sometimes it may require only a glance at something which was created with the utmost of care and sense of aesthetics. In both cases, I urge realizing that it comes haphazardly.

My point being, we are sometimes trying too hard to get inspired, whereas the act of inspiration never requires details at a crisp rate.

Not only does it lack complexity, but more often than not it thrives on redundancy of the same one. Being a personal development aficionado myself, I could tell you that you will get inspired the most by reading a book, or having a deep and profound conversation. The truth though, on the other hand, is really not that fancy. 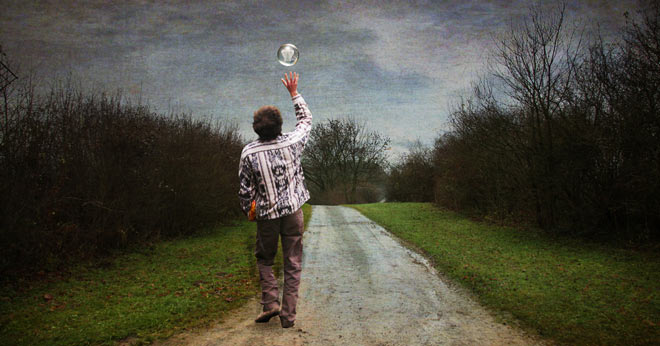 Albeit being tremendously influenced by Robin Sharma at one period of my life, I cannot second his notion that a large library should replace a large TV. I’m into books, sure, but I cannot seem to agree with dealing in absolutes.

His way, you see, is that we throw out the TV and refine our inspirational well by tapping into the written word. And now I see why people are sometimes slightly repelled by personal development endeavors – it makes you choose, deal in absolutes, make radical and more often than not unnecessary changes.

You see, the creative spark may light itself in the most unusual of ways – no question there. Shakespeare dealt with low set of emotions and painted quite sinister and Machiavellian situations when he wrote his plays, and yet they are still waiting to be surpassed.

Personal development coaches nowadays urge “refinement” from all things “common” in the pursuit of improvement. But we have, time and again, one proof after another that inspiration occurs – once again – haphazardly.

And just follow them! You never know what moves the wheel and ignites the spark.

The people we admire, and look up to, usually do inspiring things. Follow them through their work, or follow them on social media and the places where they communicate with the world. It is very important to have good role models, and this is one of the reasons why.

We respect those we do simply because they lead exemplary and inspiring lives.

Even fictitious characters can be role models, and inspire with an ideal that is, although imaginary, reflective of your personality and aspirations. I’ve already written about this before.

Everything can inspire if you allow inspiration to happen!

I watched a movie yesterday, one from Tarantino (love this guy), and was amazed by what an artist he really is. A plot being set in the south right before the civil war, a slave-turned-bounty hunter, and Tarantino wrapping his hands around a western-like movie for the first time, you know what to expect. Saying that it was pretty graphic and violent is an understatement.

The thing is that in between all that gore which is repelling to a certain demographic, and by degrees an increasingly badassery story, you can notice meticulously and incredibly written lines, top of the notch acting, and some bizarre situations that may as well struck a chord or two when it comes to inspiration.

And if this does the trick for me, who says that something unrelated and even bizarre can’t do it for you?

Whatever does the trick

Forget about searching for an inspiration using a manual, even if it does have the “New York Times Bestseller” stamp on it. We all have a different trigger, and you may just as well start trying to discover yours. Inspiration happens haphazardly, and the creative spark can be light any which way that you find pleasing.

If you don’t believe me, here is what Sir Ken Robinson has to say about it:

“…In fact, creativity, which I define as the process of having original ideas that have value, more often than not comes about through the interaction of different disciplinary ways of seeing things.”
– Sir Ken Robinson

In short, you never know what combination of thought, emotion, movement or lack of it thereof may spark your creativity. So stop dealing in absolutes and start being curious while enjoying varieties.