If some of you are not familiar with who Frank Underwood is, he is a fictional character in Netflix’s popular series House of Cards. A house majority whip, bipartisan, pursuing the interests of the democrat party in congress as well as ferociously fighting his own agenda to rise to the very top in politics. 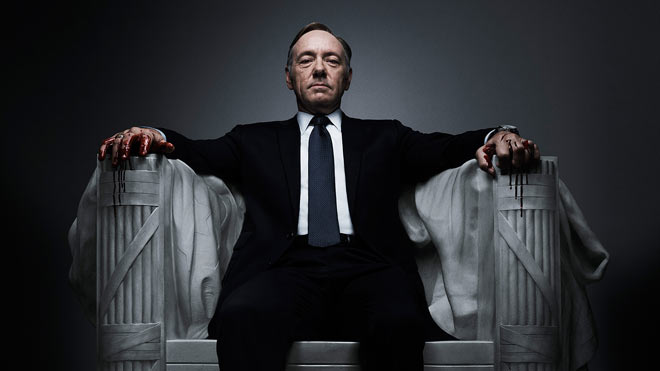 Frank, you see, is the guy having the kind of smarts that keep him up at night. This and the rational calculus he is constantly making are probably the main things creating this strange affability about him; from my perspective at least.

If you expect your catchy one liner, this is not the show you want to be watching. Instead you will hear a lot of monologues delivered to perfection by Kevin Spacey, who fits this role like it was written for him only.

Me being a declared personal development junkie, I can already sense the disagreement from some of you guys when it comes to watching TV shows. But that’s another thing I can go on and on about. When it comes to it, you can criticize to your heart’s content and still not be able to provide an intelligible response.

Sure, there is always the time argument which is really silly and typically parroted around that people decide to repeat “just because”. And dealing in absolutes bugs me a lot and totally defeats the purpose when it comes to personal development. But I digress…

Here is what you can learn from Frank Underwood and the way he runs things.

He is a big mover and shaker in politics, but never bothers when it comes to the short run. You see, the way he does it is by having set a plan that is notoriously hard to construct – He knows every step of the way ahead. Always.

And this alone serves as an anchor around which all of his efforts eventually gravitate. This way no matter the capricious nature of the rules he is conditioned to abide by, he always has the upper hand; Even if only by a thin razor. That is, given the fact that he is always organized and ready to respond to couple of possible scenarios at once.

If all of my years in the fitness industry have taught me a lesson, it is this – have a big picture plan and follow it on the long run. No big wins are achieved by counting days or sometimes even weeks. If you are afraid that skipping a day would make a difference, then it is time to rethink your lifestyle as a whole. And there is no shortage of people who are unaware of this fact. I’ve been coaching few people this last summer, on how to lose belly fat, and they were all obsessed with the scale from day one. Forget the small bumps in the road and look ahead!

Regardless your schedule, always have time for others

For success, as in politics, networking and connecting with people helps a lot in many other areas in life as well. And Senator Frank does it perfectly. Whether it is a Sunday morning or a busy and packed middle-of-the-week schedule, he is always ready to squeeze in a quick visit to some event, some gala, find the time to talk to citizens of his district that got him elect.

He also never forgets to include some nice gesture here and there for his colleagues, friends, spouse… Although seemingly hypocritical on the surface, these small gestures sometimes mean the world to others and he knows it.

And while at it he makes sure to always be polite and win affability with people. Sometimes even with those he cannot disagree more with. For the less dogmatic ones, this is hard to digest; but he knows that it buys you a lot of opportunity either way.

Ambition can go a long way when striving for success

At the core of his character, his driving force, what stands behind all of his efforts, is his massive ambition. In his mind he has devised a plan to one day become the president elect.
And understanding his past, his background, the fact that he didn’t even had two pennies to rub together back in his youth, you will come to realize that the only thing to blame for his rise in this society is his ambition.

Ambition helps him narrow his focus and be, at times, uncompromising. Translated in vernacular, the goal justifies the means.

Know when to play along

If things are going as planned, you will not see him going buck wild over winning. In fact, he makes so that no one is able to notice his take on things; unless he wants them to. Same applies to the exact opposite – he knows when to politely smile to defeat or even play dead if the bear comes along.

This level of flexibility may easily be recognized as hypocrisy but it allows him to stay in politics as well as other high statures of society for as long as he pleases. That, plus the fact that he gains deeper knowledge of the situation, his enemies, the shifting of the game…

Such level of masquerade allows him to be able to impartially look upon the big picture, be that in the form of uncovering other people plans, sensing the mood, not revealing his agenda in front of others for the most part.

The solution is always on the periphery, and if we never allow ourselves to at least mentally get there, things always tend to become complicated. Frank Underwood, albeit being a Senator, respects this type of thinking and decides to apply it by retreating to his own place every time he gets the chance.

Here, the buzz from the everyday world and all of his problems immediately subsides, and he is able to judge things from a slightly more relaxed point of view. Sometimes, even plain relaxation and letting some steam off seems in order.

The rowing machine in the basement, the PlayStation, the window where he smokes his cigar, Freddy’s crib… These places allow him to enter a different state of mind and be “at home”. They are his and he knows how to respect that, sharing them only with people he deeply cares about or decides to let enter his life and be close to him.

The very way the monologue in this show is delivered, shows that he knows how to retreat inside his mind frequently enough as to be able to endure pressure, handle emotion, plan many steps ahead… This, as it seems, is an act of habit existing solely because he knows how to value some quality time alone and by himself.

Frank Underwood is not even close to your average nice guy. Not even by a longshot. But the way he conducts his life is admirable at a number of levels. Discipline, organization, priorities, ambition, ability to be flexible… These traits of character are nice to witness even if by watching a TV show. Who knows what triggers they might switch on if you decide to immerse yourself in this fictional narrative.

The image used in this post is a sole property of Netflix (NASDAQ: NFLX)