Being persistent always pays off. At least that’s what I’ve been told since childhood. I felt it too throughout the years. Reminiscing about whatever success that I had measured against on each failure, I came to realize that nine out of ten it was being persistent that changed the outcome; The entire game for that matter.

But being persistent is easier to say than do, nobody will try to deny that.  But it’s realizing the possible outcome, and being able to see ten miles down the road, that can push you to adopt persistence as a trait of yours. And when someone tells you to be persistent the first thing crossing your mind is rather a mix of qualities that you scarcely ever thought about combined.

Things like immense self-confidence, dedication, discipline, and even stubbornness to an extent are parts of the picture created from the combination that was mixing for a second. And knowing which of those plays its part when the time comes makes quite easier to grasp understanding of what is to be persistent.

Best analogy for being persistent 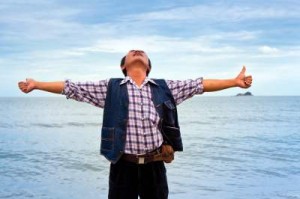 I’ve heard this listening to a great legend in the self-improvement and personal growth industry, Sir Les Brown.

He has said so many empowering things, that it’s hard to track even a tiny percentage of his quotes, inspirational sayings and so on. But this one was a story, analogy if you will, that changed my perception when it comes to being persistent.

So here it goes:

I don’t know whether you’ve heard about this Chinese Bamboo tree. It’s a tree quite nothing like any other. After being planted it takes about five years to start growing above the ground.

But all that time whilst you are wondering if it will make it, and assuming that those five years pass you will not see the results, it requires constant care. You must water it each and every day, fertilize the soil, and create the right conditions in order for it to grow.

Now here is the thing – once it starts to grow above the soil, it grows 90 feet tall in six weeks. You heard right, 90. And in six weeks.

So there was a man according to Mr. Brown’s story who planted a Chinese bamboo tree in his garden. And every day he watered the soil, fertilized it from time to time, and in a way nurtured the tree. This went on for a long time, since the tree needed five years to pass in order to break ground.

Around that time all folks from the neighborhood started to make fun of him and ridicule him for watering couple of inches of ground every day. People crossed by his house and often times said things like: “Hey, what are you doing? The rumor around the neighborhood goes that you are growing a Chinese bamboo tree. That’s right?”

The man recognizing the skepticism refused to make that his reality, and only answered: “Yes”. And often times there where jokes on his expense where people pointed out that there is nothing there, but bare soil.

But this man was what I truly envision as persistent, and as time went by he was more determined and knew that each day passing, he was closer to his goal. And after five years passed, something wonderful happened – the tree finally peaked through the ground, and in couple of weeks it went higher than everyone could have imagined.

All of the neighbors now watched, and started to change their behavior. They went to him, and tried to convince him that they believed in the whole thing from the beginning. “I told you that you were going to make it now, didn’t I” they said. 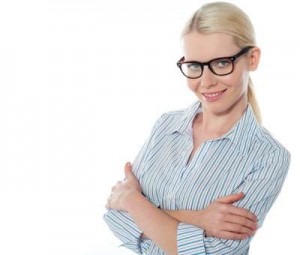 And that’s the thing you see, once you move closer to success, not only that every bit of your skepticism dies, but people around you that never took what you are doing seriously, all of the sudden believe in you a great deal now.

Had this man at any point stopped watering and nurturing the tree, it would have died right in the ground.

But that’s the thing about being persistent- you invest in whatever that is that you do without seeing instant results; sometimes you don’t see results for a very long time, just as in this story, but you keep your phase any way. Have patience and engage in consistent action – that’s what Mr. Less says. The results will come; it’s a matter of time.

How to be persistent

If you ask me for a secret formula, there isn’t any. It’s rather more of an understanding of when you should keep pushing, and on what to count when the time comes.

Do not let other people’s opinion to become your reality.

Being persistent, you are being taken more seriously not only in the eyes of others, but also in front of your own eyes. Once you put faith in yourself, it’s not long before others start to see that, and also give you more credit. Being persistent, you succeed eventually, and then start to inspire people and by your actions convince them to have a go on their dreams too.

Here’s the most important point here: Find a compelling reason to succeed that is more than just the money and you energize your mind for success. Make yourself to have a reason so great for succeeding, that there will be no other option but being persistent.