Following popular trends, many people are starting to show interest in dance workouts. Gyms across the States have dancing routine classes that are booked months in advance; fitness video programs like the Cize workout tend to come out of the woodwork more often creating a viral within days after being released…

Considering all of this, coaches who are hoping to increase their reach, as well as people who want to invite some freshness into their fitness routine, look for ways on how to structure the perfect dance workout.

This article will focus on three things – highlighting the “whys” of dance workout routines in the first place, elaborating the “hows” in terms of creating one, and delving deeper into a well-established program like Cize in order to reverse engineer.

So let us catch the beat.

Why dance workouts in the first place?

Few years back I was quite skeptical to everything that was not intense enough to leave me trembling on the floor. Workout, it seemed to me, had to be hardcore enough for you to dread the thought of it. It’s the only way it will work, right?

It took a while before I realized that each type of training has a purpose and sometimes a significant role to play. And here is where dancing routines steal the show…

A dance workout routine, by definition, is a low-impact method of training. It means that it doesn’t put as much stress on your joints and ankles as for example running does. And here is the significance of this fact- it allows beginners in fitness to start a decent program without much in the way of worrying over injuries.

Dancing workouts are a perfect way to start with fitness after recuperating from an injury as well. It allows your body to slowly return to the level of strength and flexibility it once had.

This is a nice way for many people who struggle with some sort of a bone-related problem to progressively increase their strength, flexibility, coordination and agility, as well as muscle tone. 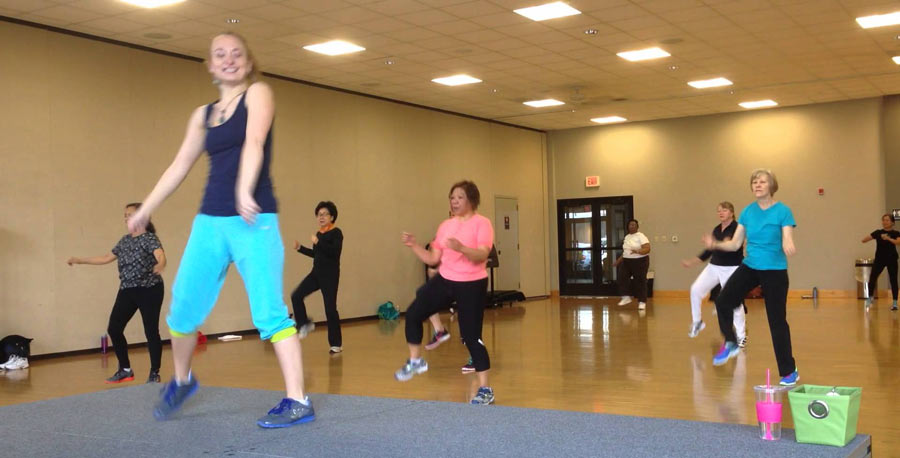 For beginners in fitness, as well as more seasoned practitioners, the repetitiveness of average workout routines might prove overwhelming. After a while, boredom inevitably kicks in.

So in order to fight back and stay in line with your fitness goals, introducing a dance workout every now and then can really help you discover fun in days where energy is low and will power plummets.

For the fitness beginner this might be a turning point towards sedentary lifestyle once again, or flipping the coin and holding on to the fitness wagon.

Dancing includes a lot of leg work, combined with dynamic and power moves. It also forces you to work on coordination and speed, while using complex whole-body movements. The cumulative power of all this translates into a moderate cardio session.

And considering how dancing routines are low-impact and don’t put unnecessary stress on the joints, this just might be the best way of doing cardio for those who decide to start with fitness for the first time.

Besides, cardio more often than not means reparative movement that has a way of quickly transforming into a whole lot of boredom. Dancing routines, with their diversity, can help rather much. 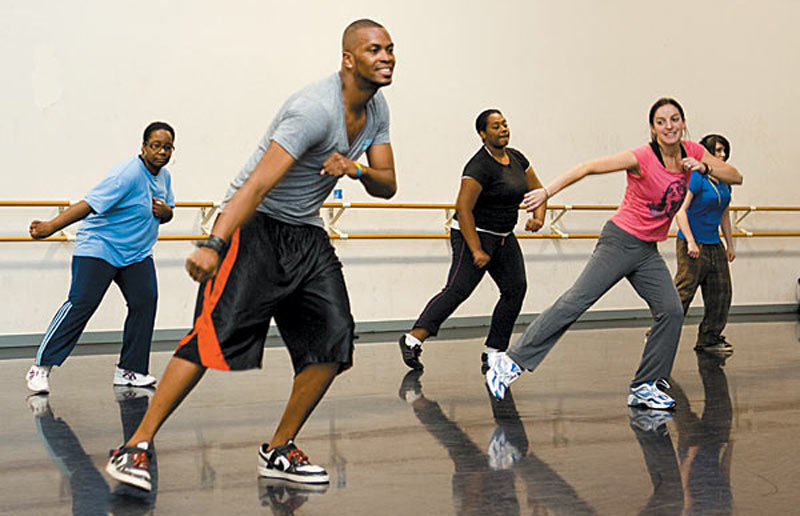 Coordination, agility, flexibility, speed, balance and cardio endurance… Dancing routines, depending on their level of complexity, can indeed expand your fitness capacity by working on many of your strengths as well as weaknesses.

While the past version of me, who was naïve enough to think that dance workouts were for elderly women only, would laugh hard at this, I know now without any doubt whatsoever that dancing routines can significantly improve a person’s conditioning.

Attractive to clients (if you are a coach)

While I write this as if nobody knows the benefits of dancing routines, there are many people who intuitively know this is the right method of starting fitness for them.

Whether this is their lazier side speaking on their behalf, tapping them on the shoulder, secretly hoping that dancing workouts are easy, many people still find their way to such classes.

So, if you are a coach, or starting with coaching as of now, consider structuring a dancing routine program and see your client numbers rising within few days.

What to include inside of a dancing routine?

Having the “why” out of the way, it is time to explain the “how”. Whether you are a fitness professional hoping to sell your coaching skills, or a novice who is looking for something decent enough in terms of being doable yet effective- this chapter is for you. 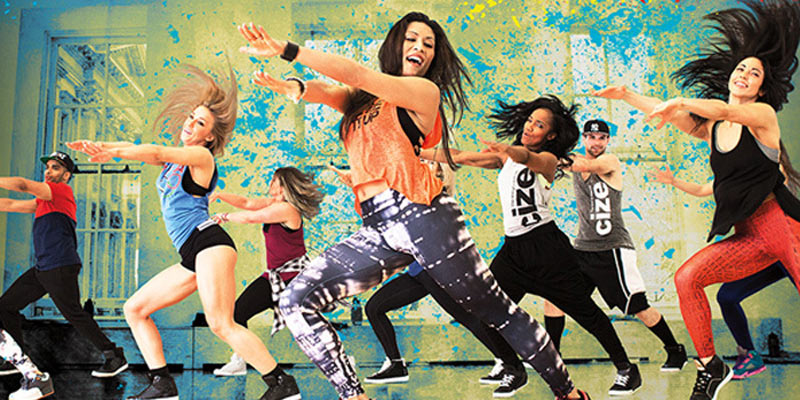 While most of you would jump straight away at more complex movements, a good starting point would be to increase leg strength by shifting your weight slightly between one leg and the other.

Adding rhythmic movements, this can constitute the basis of your program.

This way, not only leg strength slightly increases, but joints strengthen as well before having them suffer the stress of faster leg work.

What is also a side effect of this is increased body control and balance- something that will prepare your core (abdominal sections) for more advanced exercises later on.

For the purpose of dividing this into beginner and intermediate, include some longer holds every now and then. Finding a way to keep them within rhythm can be hard, but slower beats would usually do.

This will force even more balance and strength challenges, on top of strengthening your lower abs. Sounds naïve at first, but incorporating knee-raise movements within your warm-up phase is essential.

A lot of leg work

Finally, after the initial introduction to rhythmic workout is over, you can move on to more complex exercises that require much coordination and speed.

This will put some resistance on your calves and finally have you sweating enough for you to be able to say “I did some cardio”.

Control the progress of this by starting with a slower rhythm, only to continue with something more dynamic later on.

Having built enough strength and control in your lower body, as well as enough strength in your joints, you will be able to start lowering the body more during workouts.

Here, various types of squats can be included.

Longer holds, slow lowering and rising in order to eliminate momentum, as well as pulsating movements while holding a semi-squat position… There is much room for experimenting.

On the floor exercises

Shaun T did a great job with Cize by introducing rhythmic abs. These are workouts that are generally performed in the C-sit position, where you follow rhythmic movements in order to contract your abs.

The beat builds momentum and you somehow don’t end up exhausted or bored. It is a flow of movements that target your abs and time seems to fly by.

Try this even now, when you close this tab, by sitting on the floor and doing a variety of ab variations within a specific rhythm. It all somehow magically feels less intense.

Moving a step forward, you can even introduce Pilates exercises in the same fashion, by adding rhythm. Truth be told, this method of training has been using rhythm a long time ago, and sits on crossroads between traditional exercise and dancing routines.

Once the results start to show, both in terms of strength as well as cardio conditioning, you will be able to perform more explosive movements due to increased balance and control over your body as well.

At first, this can be increasing the dynamic of your movements by adding power and speed.

Later however, you can include a number of plyometric movements as well, slowly blurring the line between low-impact and high impact exercise.

Besides, doing a power jump might feel tad easier when you are following a rhythmical sequence. And on a similar thought, you can do some sort of body resistance moves as well.

The rhythm can empower you to tune the intensity, speed, and dynamic in movement, thus controlling the complexity of the workout.

At first, you can start with slower tempo tracks, and gradually increase your training intensity by changing the music. Shift between genres and length of tracks in order to ensure enough diversity, while still keeping control on how long each session would last.

Having the music carefully planned ahead can differentiate between completing a great workout sessions for days in a row, or quickly falling off the wagon due to lack of flow. 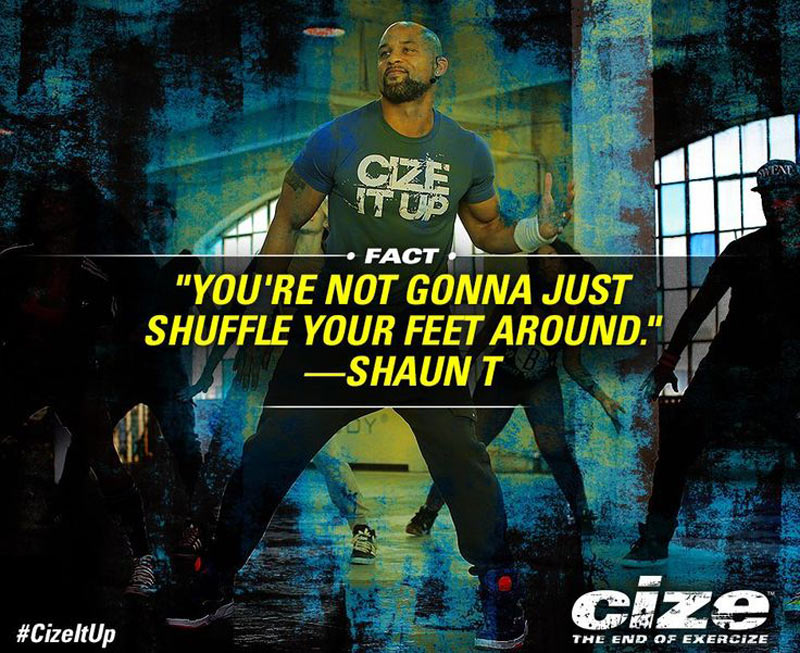 Wrapping this up, I will briefly describe a workout program from Beachbody in hope that you will steal some takeaways, and incorporate them into your own routine.

First of all Cize leverages the use of music in a very clever way. Just as I described above, they use slower tempo for the first couple of workout videos, only to have the beats go faster once you reach a certain level of fitness.

In addition to this, Cize plays well with the dynamic of movement by introducing power moves and speed where appropriate. There is a lot of balance holds as well- all within rhythm.

There is a lot of legwork and cardio opportunity here, as well as some decent upper body involvement as well.

Finally, as I already mentioned earlier, you have rhythmic abs included as a bonus workout as well.

It might sound silly at the very beginning, but dancing is a great way to jump start your overall fitness. It is a fun way of training, and one that will get you through the early setbacks in lack of willpower and motivation.

The flow of the movements will make you work out longer without focusing much on fatigue, and you will gradually increase every aspect of your conditioning.

This might be the best method in order to easy your way into more complex and advanced fitness workouts. Have a look at dancers and their level of fitness. They have to do something right, don’t they?