I love the process of trying to understand a new language; to figure out some meaning based on the most rudimentary of sentences, and then go ahead and try uttering some words; half intelligible, making a fool of myself at times. But that’s the thing though- if you are not prepared to be wrong, you will never come up with the amount of creative output required in order to pronounce utterances, form a sentence, catch an accent. 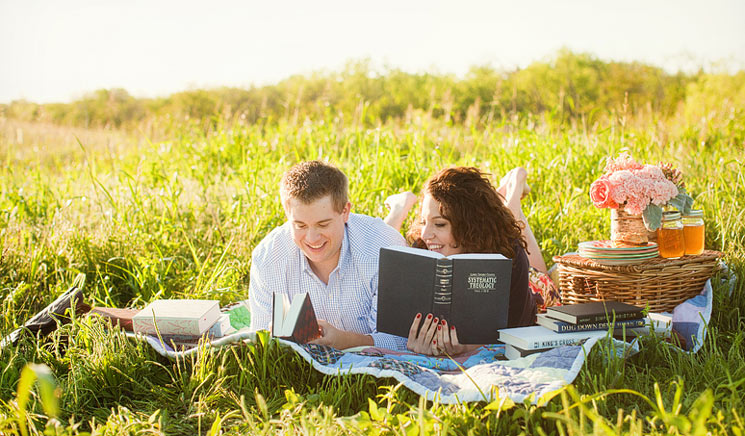 Ideally, I want to approach language learning in a more intuitive and creative kind of way – Duolingo as opposed to sitting behind a desk, listening to songs as opposed to practicing what seems to be an endless stream of grammar.

And as I’ve noticed this past year being a part of a serious relationship, all things become easier when you decide to join forces with your partner, take challenges together, and pick a journey- be that a small one or something fairly complex and demanding.

Language learning, being no exception to the rule, is easier when approached this way. This article, minus some personal rants, is here to prove just that- show you how easy and fun learning a language can be, once you decide to join forces with your partner and hold one another accountable to the task. That being said, I will walk you through the process as well, and give you a list of experiments and tactics that you can put to use. Tomar una copa y vamonos.

How to start with the basics

Ignore my attempts to convince you that I’ve learned some Spanish – they will probably appear here and there throughout the post, but have tolerance, will you? You will see that once you start learning a language, it is fun using it whenever you can- whenever you can! Now back to the task… Where were we? Yes right, basics…

First thing first, in order not to create too big of a gap in the process between yourself and your significant other, is to choose a language the both of you are equally familiar with. Either the two of you know some words here and there, or you have no idea what things mean at all. Otherwise, knowing some words and phrases gives a nice jump start and it becomes frustrating for the partner that lags behind.

My first advice, right off the bat, is to pick a TV show where the language is spoken, and start following it religiously. Besides, both of you watching a show for one hour per day provides you with an additional mutually enjoyed activity. And I hear you- Telenovelas can sometimes be boring to death, but try to remain curious for the language itself.

Once you start doing this, and stick to it on a daily basis, your journey of learning a language as a couple can finally start. First method- Duolingo.

The app itself is quite magnificently made, and the science behind it backs it up even further the jaw dropping gamification implemented inside. It is free to use, and with beautifully made levels on top of levels, you are likely to start forming sentences and recognizing the language in its written form as soon as within a week. You will have a chance to practice your accent and thus spoken aspect of the language as well.

My advice here is for both of you to start using Duolingo and practice with it at equal pace.

Music… and you don’t even have to dance

Right alongside your newly formed couch habits of watching a foreign show, you can start with listening to some music as well. The brain will get used to the accent, the flow of the sentences, and having a song stuck in your head will only make a huge reinforcement with the number of thoughts throughout the day in this particular language.

And this doesn’t even have to be a focused nor conscious routine at all. You can have a CD in your car and play it on repeat for a week or so.

My girlfriend and I have probably listened up to 20 hours’ worth of Latino music during our last vacation. All while driving back and forth to the destination and from one beach to another.

This is a practice I would like to think that we invented by ourselves, and over time it became a habit. I’m not really the texting kind of guy, nor is she for that matter, and whenever we need to say something to one another we usually call. When it comes to text messages, regardless of how old school this might sound, we usually send them as a way of communicating jokes and trying to make the other one laugh; often times we are just being romantic, and there is also the casual day to day stuff which we sometimes communicate through text.

Now imagine this- having already learned couple of words and maybe formed couple of sentences, it is so much fun trying to translate your day to day communication via text and send each other some first-grade-sounding sentences in the language you are trying to learn.

They might indeed sound like a line from the-most-cheesy romantic comedy out there, but over time things gradually progress, and you can navigate your way through the newly obtained vocabulary and start sounding a little bit more articulate.

Messages like this slowly become an ordinary thing and you catch yourself not even trying to translate- words simply flow and sentences form themselves on the go.

Use Google translate if need be

Regardless of whether you are trying to write a romantic text message, or communicate in the foreign language using a sentence or two, there is always Google Translate to rely upon. Not perfect by any stretch, but sophisticated enough, you can grab the context of the thought and continue adding words all by yourself.

Besides, looking a word up, the chances for you being able to retrieve that same word on the next occasion dramatically rise with practice.

Exercise your cortex whenever you have the chance

Equipped with all the knowledge you gathered so far, you can go ahead and try thinking of some sentences in your new language. You can even talk to your significant other, or go in a certain part of the town where the language is being spoken.

The more you exercise your brain the less resistance there is when trying to speak or write. I did the same thing while learning English.

Write… the more the better

A funny thing happens when you sit down and write in a half-learned language. Unlike speaking, here you have the opportunity to shuffle enough through your vocabulary and find the most appropriate words. If there is something holding you back, or you think there is a more appropriate match for the sentence you’ve been trying to make, you can even look things up on Google.

Would you even believe me if I tell you that almost three years ago I started writing in English this same exact way? Progressing through writing might sound borderline insane to imagine for some, but as soon as you start you will see what I’m talking about. Take this blog for example… How do you think that it started in the first place?

I hope that this step by step guide reinforced the idea that language learning can be both easy and fun. It can also become another thing that you and your partner share together – another fun activity to add to the list. Some of these methods involve the both of you together, though others require more solitude and focus. Whatever your pace though, learning together provides for a great way to keep yourself engaged, and stay accountable while having fun day after day.

Here is to having a great time with your partner and speaking fluently. Buena suerte!