Unlike the majority of my e-business peers, I haven’t been that often in the project creation stage. I shifted between enough projects though, to know for a fact that it is mythologized enough in order to scare away enthusiasts lacking the practice. 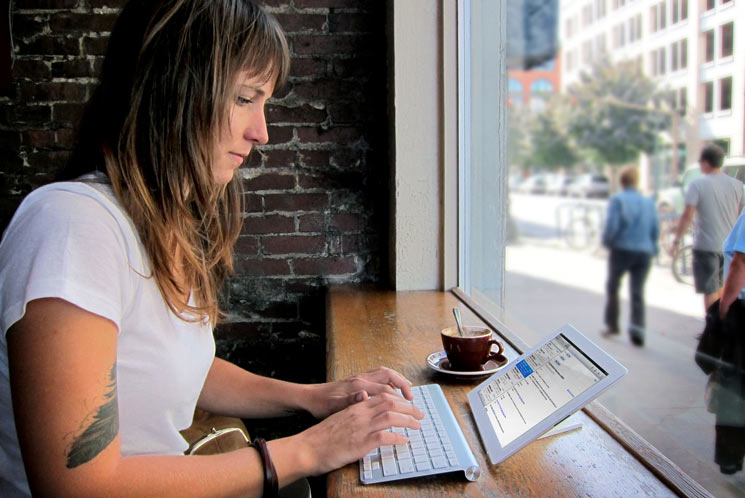 And entrepreneurship is not a singular experience. No matter the niche, no matter the vertical, something always seems to be out of reach. The general impulse says to cave in and forge a narrative. And your average Joe is not an exception.

He, burdened by fear of failure, chooses to tell himself a story as an alternative to exposing himself, and maybe more accurately his work, in front of others. What he fails to understand is a simple unequivocal truth- trying to be the best is far easier than being the best. The thing is – these are usually the same.

Don’t worry if you think for a second that I’m about to turn this into a being-positive-speech. This is not an encouragement sermon. Hitting the stars after missing the moon doesn’t mean much in real life. Your aim, in many cases, has nothing to do with how things turn out.

What does make a change is obsessing over things nobody else do. That is what trying to be the best means. It means being curious, it means being obsessed.

And such drive runs deeper than enthusiasm. For enthusiasm alone is being impressed by the violin player and wanting to play. But you cannot leverage enthusiasm when it comes to holding the violin; yet alone playing the double stops. No lot of something comes to the surface out of wanting.

Trying to be the best relies on devotion; on progressively blurring the line between life and work; on obsession to learn, obsession to find out.

The category of one

If you are like me, there is high probability that you want to be a category of one – unique in what you do. To have a thing going on that either nobody chose to do, or it is something so remote and idiosyncratic that if by the off chance there is someone trying to enter, he is as obsessed as you are, in which case you motivate each other.

The category of one breeds success; it shapes standards; it allows you to get drunk in it.

That is one option of trying to be the best. Create a category of one. Enter a narrow niche. Do work that hardly anyone choses to do.

Improving upon a working model

Many of a business people, many workers, artists, entrepreneurs – they all try to find discount solutions to our problems. And problems that lend themselves to bargain solutions are something to avoid when trying to be the best. We need to find the problems that prevent us from falling asleep, that clutch early on in the morning. These problems breed innovation, these problems stimulate excellence.

One option to excel in this is by studying demand fairly parallel to studying offer. Whenever there is discrepancy between the two, there is room for any of us to try and be the best. Be that a serial entrepreneur spotting an opportunity somewhere between demand and offer, or be that a guy working at a coffee shop trying to improve the recipe by asking people what they value in a good cup of coffee.

If something is already working it isn’t a sign for you to back off, but rather a proof that someone somewhere is rewarding that sort of work and usually more is needed.

Trying to be the best stems down to knowledge

If I try to explain what I do for a living, I doubt that more than 1% of Earths’ population will easily grasp what I say in a sentence or two. This is because there is vast knowledge out there, and you can easily find a sweet spot that gets neglected.

Early on, before the race for knowledge was so mainstream, getting a law degree usually meant the world for young and aspiring individuals. Now, prosperous as it is, the very idea of it alone loses merit.

Having knowledge before everybody else has it changes the game in ways currently unfamiliar to the ignorant. Investing into knowledge buys you a ticket to another league.

Trying to be the best requires peers

And not merely peers by profession, but rather peers by ambition, obsession. When you have, within your inner circle, people that constantly strive for great results, you start to adopt techniques, methods, principles of work and good work ethic.

Either that or you reflect better upon yours.

You see what I did there? I refined my writing by publishing something so out of taste that at least I will know what not to write ever again.

Trial and error, though admittedly remote for the ones who are afraid of failure, refine you as a person. Do not try to censor yourself as long as you are not breaking any major social convention.

Most of what we fear today is so artificial, and so superficial that we embrace the fear of fear itself, as opposed to anything real.

Study methods that other people follow in order to be the best, look for case studies, and for heavens’ sake try to fail. I dare you to try and fail only once. Really, it is all that it takes. Fail. Just once. Do it for me. Here, a kitten.

Obsessively trying to be the best

Whenever I aim for something, be that a new project or trying to learn a skill, a language, a technique which allows me to complete a 5k race in less than 20 minutes, I always obsess about the issue at hand. I guess, with fair amount of certainty, that this is not limited only to me and runs wide and large through the human experience.

Wanting something bad enough, I turn my focus on books, blogs, people more diligent than myself. Curious is a fairly vague epithet. This is obsession.

Another approach, for me a must, is finding people who obsess equally enough as you do, and creating a common language. As this line of communication grows, so does your skill, your awareness, what you have to offer in your vertical.

10,000 hours. What is that? A year, two, a decade? Answer – math is hard. Pay less importance to the number as long as you take away the basic principle- Do. More. Work. I hate putting stops after every word. One word sentences, I hate them. But you see what I did again? – Trial and error. Make it become your comfort zone. Combine with some of the above, and most importantly with a boatload of work and dedication, and you have a ticket to success.

If I fail more than you do, I win. ~ Seth Godin