A friend of mine, let’s call him Jack, has an interesting relationship with reality. Jack, you see, believes in a care-free policy with regards to future expectations. Being young and not having yet entered more demanding roles in his life, no doubt, makes this to affect his current situation only by a razor. 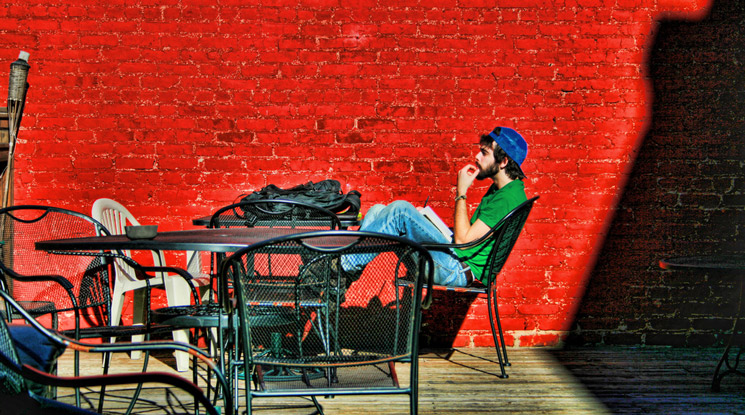 But where our opinions differ, is in the fact that this carelessness, naïve as it is, reflects on more important aspects of his reality, and it is not what he would guess.

I’ve sat with people, who just like Jack, have a frightening lack of anxiety in relation to what the future holds for them; be that in terms of planning financial success, building relationships, investing in personal development. Routinely underestimating the future, they don’t traffic in the truth too often either.

Puzzled by how I can mix my staccato-like sequence of future thoughts with Jack’s Hawaiian-like chill, something interesting took shape.

Business projects, job prospects, love interests, friendships, weekend activities and whatnot… This is how I approach each without having to speculate much about the future, while still being able to inject some dose of certainty.

My Approach based on Tony Robins’ advice

A year ago, or somewhere around this period, I stumbled across a seemingly naïve advice by a guy named Tony Robbins. I’ve been following Tony for a while already, but this type of simplicity somehow surprised me.

Have you ever played the role of a skeptic when someone throws an idea at you? If so, then you probably know how your stream of questions indeed does help the person with the idea to expand from a simple thought to a more elaborate concept.

I took Tony’s advice, played with it, and found a way to enhance efficiency. Here is how.

Responsible as we might be, it still feels better to defer the future. Taking this in consideration and not going against the current, I ask three questions, each one reflecting subjective feelings.

And don’t be afraid to shoot best case scenarios, even if they sound too much I-found-a-unicorn like. Understanding expectations is the first step towards a frustration-free environment.

And as much as I’d like to be otherwise, I’ve entered relationships without knowing what I want to get out of them. The epilogue, as expected, is always a bummer.

What do you want out of a relationship with a love interest? Do you maybe just want to hang out and fill a portion of your time, or you want to invest into something substantially bigger?

And what about a weekend trip? A life changing experience perhaps, or a way to log your brain out for a while?

A business opportunity or a job offer? Would you like to grow financially or professionally, meet some people, build up your credibility?

What about a contact with a friend? You want to be intellectually stimulated, have a great time, come to a point where you can share stuff that matter?

This will tell you a lot about the future of the matters involved, while still keeping it subjective.

2. What type of compromise are you willing to make?

What should exist in order for you to give up from X? Are there any priorities? What is a must in your book- be that in terms of projects, love interests, whatever? Are there any areas on which you are willing to work?

A great example is Brad Pitt who had to train with intense workout programs in order to transform his body for several roles on the big screen. He was very disciplined and driven, and knew exactly how to use compromises in order to go through months of difficult challenges. So, while training for the filming of Fight Club and later Troy, he sat down and decided to remove all of the unhealthy food from his diet. But considering the intense schedule with the workouts and the responsibilities around the filming, he knew he had to give something up – so, he made a choice and decided to keep his milkshake, despite being on a very strict low-calorie diet. And here is the entire Brad Pitt Fight Club workout, so you know what he had to go through. Needless to say, compromises do pay off.

Knowing where a compromise can exist speaks volumes about how things might develop down the road.

This step might include introspective of a rather elaborate scale, but having answered the questions from above, it does give you some insight on where to look.

If you know what you want to get out of something, and where, or if at all you are willing to compromise, chances are you will know exactly how much you would need to change or remain the same.

Henceforth, knowing what to do will come to you rather intuitively.

For behind every expectation lays another one, only faced the opposite way. For everything we get, we must, ourselves, offer something in return. In some cases we already possess that type of currency, while in others we must work hard or less so in order to create it.

Knowing how to go about approaching the future gets a lot easier if we know how to ask the right questions. Answering one might spur another, and another. The more we answer the easier every exercise in frustration becomes.