Observing the concept of risk in a very crude sense, one thing becomes increasingly apparent – the pace of change is getting ever faster. And you and I are the perfect example. There is this huge gap between what risk meant for previous generations as opposed to what risk means to us, yet alone how new generations are perceiving the concept of risk. 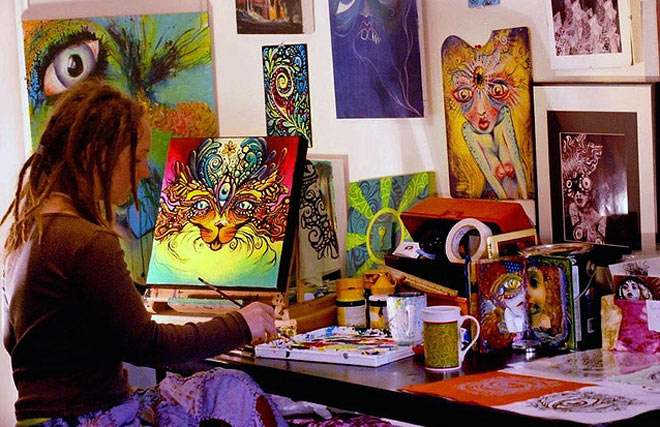 While we are getting very good at conjuring up one flawed scenario after another, the fact remains that it is feeling of risk that is in question, not actual risk. The downsides are, as we convince ourselves, too big to contemplate, and we feel like there is actual risk involved.

And wrapped in cultural taboos, the greater risk we fear today is the risk of failure. And failure too, same as risk, has become distorted as a concept.

The fear of failure

In a very narrow band of circumstances failure can be fatal. But almost no one that you and I know makes hearth pacemakers or flies a jet. In ninety nine percent, failure serves purely as an intellectual concept, so that we can bash our head with a club. Or against the wall, if you so prefer.

It is not that big of a deal to fail. You, I, all the people we know have permission to fail. Actually, in some verticals, it goes even as far as being encouraged.

But the feeling of risk together with the concept of failure as perceived today, go a long way in explaining how albeit the fact that we now live in the era of great opportunity, the ratio between creating and consuming has never been as it is at this moment.

The way some people operate within society, it seems as though mistakes are the worst thing that can be made. And of any kind, that is. And you know how serious this is when the question “why should I not try?” is countered with an answer that goes in the lines of: “You might fail”.

I’ve had the opportunity to observe how people despite having a great idea and even background to match the chance of success, decided to cop out, throw in the towel even before the match starts, simply because there is this ludicrous chance of failing.

And creativity, original ideas, and almost everything that spins the wheel in my book, originates from being ready to be wrong, to fail.

..What we do know is, if you’re not prepared to be wrong, you’ll never come up with anything original — if you’re not prepared to be wrong. And by the time they get to be adults, most kids have lost that capacity. They have become frightened of being wrong. And we run our companies like this, by the way. We stigmatize mistakes. And we’re now running national education systems where mistakes are the worst thing you can make. And the result is that we are educating people out of their creative capacities. Picasso once said this – he said that all children are born artists. The problem is to remain an artist as we grow up. ~ Sir Ken Robinson

This is probably not up my alley, but I think, far out there as it might seem, that we drain our creative capacity by being ready to ruthlessly consume, and abandon the habit of actually creating something.

There is this character strengthening moment, an exercise in courage if you will, when we create something and offer that to the world. And complexity rarely matters here. The moment of hitting the publish button, now speaking from the point of view of a publisher, has weight unlike any other. Not mythologizing things here, but it kind of triggers different set of emotions than those you might think of in a typical, more familiar type of courage.

Resorting to consumerism only in a way depletes this habit of ours, this ability. So it is only natural to assume that somewhere down the line, along with other side effects, the fear of failure might go into metastasis.

The response to failure

There are verticals, I’ve been told, where you get to win by simply being able to keep playing. The truth is, and there is probably evidence to back this up (now would have been a perfect time to place a link in here somewhere), that as the pace of change is gaining traction this ‘rule’ spreads into more and more verticals by the day.

Failure, I’d like to believe, soon enough will become a myth. Though I won’t bet the farm on it right now. But it is happening.

As more and more creativity is required in your typical ‘job’, professions become unique in the sense of people dealing with unique and multiple-solution problems. This only pushes the bar further away when failure, as we understand it today, is being concerned. Creating is becoming easier, and we slowly get used to the fact that no one cares if you fail. That it is ok anyway.

In such environment I can only add to this conversation by quoting Seth Godin from his talk above.

If I fail more than you, I win. ~ Seth Godin

Take some time when you can to watch his whole interview above, since I strongly believe it will redefine your understanding of failure and risk. The fear of failure, which is in itself only an intellectual concept, severely affects our life. Thus, changing our perception even the slightest might open up myriad of opportunities.