What comes to mind when someone says that exercise and working out is good for our health? Does reevaluating your lifestyle choices follow next or you start a conversation weighting arguments? Or, you are simply immune to this topic, and like learning to ignore those banner ads you stumble across while surfing the net, you’ve somehow conditioned yourself to stop this discussion about exercise from ever taking place. 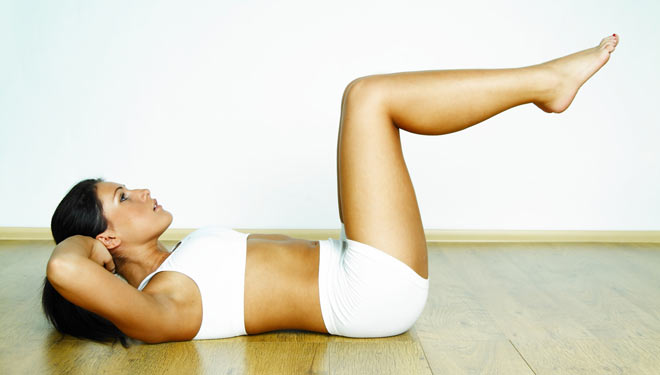 When you think about it, it is really not your fault. After all fitness has become the new black, and that it is good to exercise is simply a line that’s been parroted around just because. We totally agree with the argument, but it doesn’t resonate any more than that and certainly doesn’t affect our lives whatsoever.

Convincing people to work out – the biggest mistake

I should know this; Very well, in fact. Because for the last year and a half fitness has been a slight obsession of mine, turning me into an advocate who tries to promote the cause in whatever way possible.

And what I’ve learned firsthand is that not only many people are conditioned to ignore the subject altogether, but whenever you bring it up they suddenly go into defensive.

Most of the conversations I’ve started on the topic of fitness ended up with people either ignoring what I say, trying to quickly change the subject; or just as often, they start bringing up excuses and semi-rational explanations on why fitness is not part of their lifestyle, like we were at some kind of a trial.

You see, forcing the argument that fitness is something beneficial any way you try to spin it can only cause people to put on defensive stance. And the worst part of it is that not only that they argue against you and the arguments you try to bring up, but it gets deeper, eventually ending up with them convincing themselves of what is just a false excuse.

So if the notion above makes even the tiniest of sense, the logic goes that if someone is to start with any form of exercise it should be because they have stumbled across information on how beneficial it is all by themselves.

Why? You see, that way the defensive stance is not really off the bat, and curiosity eventually wins – making them to look up more information, and trying to convince themselves in the opposite from what they’ve already settled with.

Starting this cycle, they are soon about to become advocates of fitness as well.

But then how does one start to inform himself when no one brings up the argument in the first place.

You see, I;ve noticed that people usually tend to go into defensive after trying to explain to others what it is that they try to pass as reasonable by themselves.

So if there wasn’t any third party involved, so we mustn’t explain our choices, we are less likely to delude ourselves into meek arguments. What I’ve noticed is that media works surprisingly well here.

The information is laid out there in the best possible of format, and there is no need for you to justify your lifestyle choice to anyone. This makes the internal debate to gain traction and eventually you end up convincing yourself it is time to start working out.

Being a fitness junkie I’ve written about many formats of exercise here on this site, but for people not sharing my enthusiasm it is like convincing a lazy dog to go and run on sled races – it will never happen.

I’ve tried reviewing DVD workout programs from Beachbody (love this company), but due to programs length and level of intensity only a certain demographic would agree to participate.

Trying to sell them the gym variant is even harder though, since it involves other lifestyle changes as well (driving back and forth to the place each day you have to work out, leaving the house when you don’t feel like it, meeting new people…).

And since we try to advocate enjoying your perfect lifestyle by implementing changes in habits A.K.A daily rituals or otherwise known as lifestyle design, it is clear that if you would like to witness the benefits of exercise in your life you will have to incorporate it into your daily routine.

In a perfect world dedicating one hour daily seems about ok, but then again starting from scratch and implementing such big of a lifestyle change usually ends up as a losing proposition.

So drumrolls and confetti everybody, here is our pick for those who want to start down from zero. It is the Focus T25 workout, developed by fitness professional Shaun T, and produced and distributed by Beachbody.

It recently made quite a buzz in the fitness world, claiming to get people in shape in two months by working out 5 days per week, 25 minutes per day. It has modified exercises to get going even people who never done a single push-up in the last few years.

Needless to say, giving the rant I gave above, watching the infomercial is the perfect way to convince people to embrace exercise altogether.

I plane guilty of convincing my friend and co-editor of this site Bojan to take a look at the infomercial, and after trying to convince him to start with previous Beachbody exercises for longer that I can remember, this one actually worked.

He ended up adopting fitness as a habit, giving me insight into why this method of approaching fitness is working. What came out of his two months’ worth experience where he to some extent transformed his lifestyle is this Focus T25 review which I hope for those of you interested will provide some answers.