Living in a high-end consumer society it seems that money is the ultimate currency for experiencing happiness. Money allows you to buy stuff and then live a more fulfilled life. And have had this materialistic mantra drilled into our head time and again, but should the connection between money and happiness be thoroughly rethought? 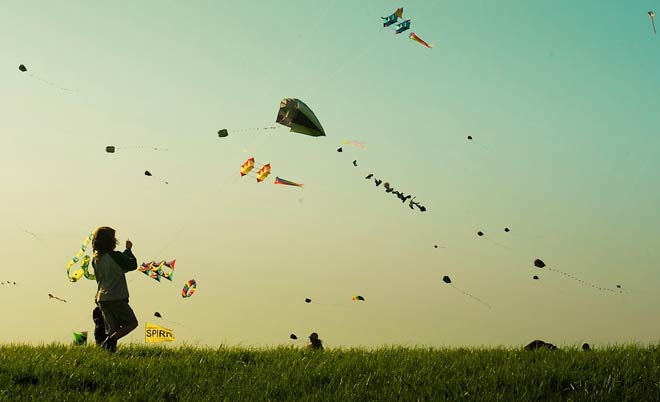 If you look for a scientific journal to cite, there is saturation in studies suggesting correlation between the amount of money that we make and how happy we are. On the other hand the lack of studies examining the link between what we spend our money on and happiness is very surprising.

Having enough money – now what?

If you’ve traded hours for income you already know that money alone doesn’t buy happiness. They are merely a vessel allowing for a meaningful exchange in either possessions or experiences. These, in turn, lead to a greater or smaller amount of happiness.

This article is hence about to address an elephant in the room. Does owning more possessions lead to a more fulfilled life, or should you stop searching in malls, auto salons, internet auctions, and start looking elsewhere if you want to find happiness?

Money spent on owning more stuff or having more experiences? What will make you happier?

I’ve been nibbling around the edges of this convergence for years now, and it seems that there is finally enough evidence as to be able to provide some rationale.

Experiences or possessions – what to spend your money on?

P. Brickman in the 70s conducted a study in which he investigated the level of happiness of people whose financial dreams had come true. He found that those who had won millions on the lottery were no happier than his control group who meet their basic needs.
Money can buy short term happiness but you will eventually turn to your level of happiness before financial gain. This puts you in a vicious materialistic circle in which you strive to achieve long term happiness through the constant purchase of material items. Not healthy.

Studies suggest a stronger link between buying experiences and happiness, as opposed to just owning more and more material possessions.

Ryan Howell, assistant professor of psychology at San Francisco State University, presented his findings at one of the Society for Personality and Social Psychology annual meetings.

“These findings support an extension of basic need theory, where purchases that increase psychological need satisfaction will produce the greatest well-being.”

The study looked at 154 people enrolled at San Francisco State University, with an average age of about 25. Participants answered questions about a recent purchase (either material or experiential) they personally made in the last three months with the intention of making themselves happy.

While most people were generally happy with the purchase regardless of what it was, those who wrote about experiences tended to show a higher satisfaction at the time and after the experience had passed.

Howell’s study builds on earlier work by Thomas Gilovich, professor and chairman of the psychology department at Cornell University.

What do the studies suggest?

Gilovich and Leaf Van Boven, a professor of psychology and neuroscience at the University of Colorado Boulder, were the first who joined their efforts to try and understand what causes people to experience more happiness.

After they conducted their research, it seemed that the equation of owning more in order to be happier was a complete fallacy.

It’s not just individuals who should be thinking about investing in experiences when making purchasing choices- policy makers should also keep this reasoning in mind for their communities, Gilovich said.

“If you create municipalities with more parks, bike trails, more hiking trails that make experiences easier, then I think you’re going to have a happier population.” 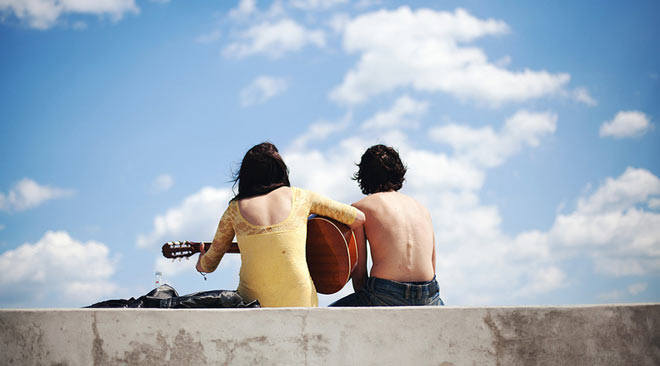 Though it seems that at some levels we are able to understand this without further delving into the subject, Professor Van Boven suggests three reasons:

1. Experiences are resistant to comparisons

It’s well established that social comparisons can have a huge effect on how we view what might seem like positive events. One striking example is the finding that people prefer to earn $50,000 a year while everyone else earns $25,000, instead of earning $100,000 themselves and having other people earn $200,000 (Solnick & Hemenway, 1998).

A similar pattern or though applies to possessions as well. When there’s so many flat-screen HD TVs to choose from, it’s easy to make unfavorable comparisons between our choice and the others available.

Experience, on the other hand, seems to be more resistant to these sorts of unfavorable comparisons. To explain this phenomenon, Van Boven puts forward the idea that it is because of the unique nature of an experience. It’s more difficult to make an unfavorable comparison when there is nothing directly comparable.

After all, each of our youthful camping trips is different. It’s hard to really compare our own experiences with those of other people. Comparing possessions, however, is generally easy.

Material possessions lead towards short-term satisfaction. And after a while when our happiness is back to the same level it was before the purchase, this “purchasing high” is looked elsewhere, very often at the next counter.

Experiences on the other hand lead to longer-term satisfaction. “Purchased experiences provide memory capital,” Howell said. “We don’t tend to get bored of happy memories like we do with a material object.”

The reason why experiences improve over time probably have to do with the ability to think of them in an abstract way. For example if you think back to a fantastic memory from your youth, you might easily remember an abstract sense of warm sunshine and exuberance, but you’re less likely to remember exactly what you did day-by-day.

On a moment-by-moment basis you might have been quite bored, although you’ll tend not to remember that.

On the other hand it is hard to think of a material possession in an abstract way. The car you own is still a car, and the fancy and very expensive jacket you bought is still just a jacket.

Experiences however tend to take up somewhat of a more symbolic meaning.

The discussion focuses on evidence that experiences make people happier because they are more open to positive reinterpretations, are a more meaningful part of one’s identity, and contribute more to successful social relationships. So the evidence points out towards a strong link between happiness and social relationships.

“When people spend money on life experiences, whether they also take someone with them or buy an extra ticket or whatever, most of our life experiences involve other individuals. People were fulfilling their need for social bonding while having these experiences. “

Second, it is more socially acceptable to discuss our experiences with others. People who bang on about their possessions are considered much less likeable than those who talk about their holiday adventures.

“The mistake we can sometimes make is believing that pursuing material possessions will gain us status and admiration while also improving our social relationships. In fact, it seems to have exactly the opposite effect.
This is really problematic because we know that having quality social relationships is one of the best predictors of happiness, health and well-being.”

Past studies have found that people who are materialistic tend to have lower quality social relationships. They also have fewer and less satisfying friendships.

More and more people advocating experiences as the way towards happiness 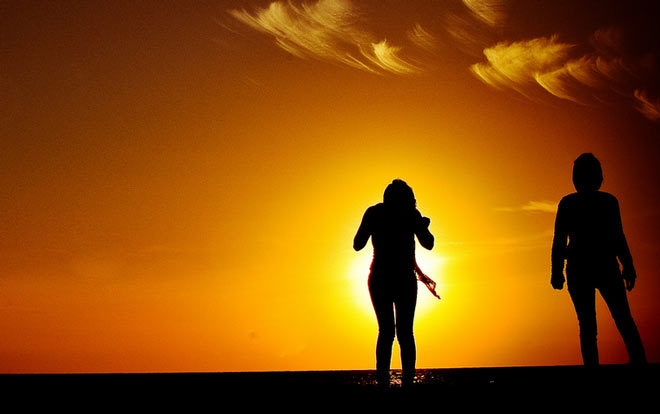 If we observe the arc on how this discussion gained traction we will notice that it all begins with the pursuit of happiness in a modern western society.

While initially the notion that the more you own the more fulfilled you are is notoriously hard to eradicate, there have been these examples of happiness linked with the doctrine of minimalism, experiencing more, travel, lifestyle design and so on.

Minimalism allows for all the clutter to subside and something else, something more meaningful, to take its place.

Joshua Fields Millburn and Ryan Nicodemus, or better known as the minimalists, started a movement online that quickly gained traction and evolved as a philosophy on living more with less.

Same did Leo Babauta, one of the internet most popular bloggers, who on his renowned Zen Habits loves to throw away assumptions that were taken for granted and parroted “just because”, and replace them with what at first seems like common sense suspended.

Tammy Strobel, freelance photographer and writer, along with her husband, sold most of their possessions and decided to live in a small 400 square foot home while trying to experience more out of life. She is now working freelance and writing on her blog RowdyKittens.com about all she is going through and how the shift in mindset eventually took place.

There is a rather huge discrepancy between what science knows and what people do or ultimately aspire towards. Having more in order to be happy is quickly turning into a losing proposition and we are becoming increasingly aware of that.

Taking a retrospective look back what are the most pleasant memories you can take a hold of?

Which memory capital serves better- the purchase of that iPad, new line of clothes, designers watch; or was it the concert you went to last September, the camping trip you had with your significant other some years ago, or the two day bike ride across that trail last month? Think about it.