If you share my level of fascination with anything marketing related, then you probably already have a hint on what transmedia marketing is. If no however, then let me bring the concept closer in layman terms. In a nutshell, transmedia marketing is trying to deepen the narrative while keeping it dispersive through different media platforms.

It means, in plain English, to share the story, the massage, the concept, on different platforms while paying attention that each platform presents part of the whole in a different, yet cohesive manner.

The idea is, in terms of semantics before anything else, to maintain cohesive narrative where every level of entry (regardless of the media) allows recognition of the fundamentals and core concept.

And if you think that you’ve come to the wrong site, let me make the analogy right away – personal development aims, among other things, to pertain itself in almost every aspect of your life simultaneously while sharing the same narrative, philosophy, though in different ways. 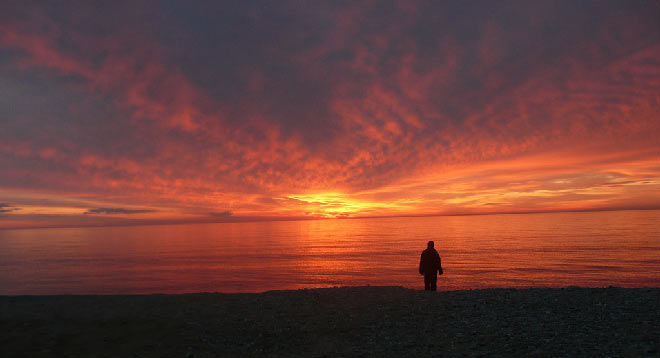 What is the main idea behind this analogy?

The basic premise is simple really – conduct your life through mutually supportive actions and decisions which ultimately create cohesion.

Imagine that the way you lead your life is a story. And as we all know stories tend to aim towards unity in narrative, characters, language, way of telling them etc.

Similar to this, if your narrative, life philosophy, aims to obtain different traits, those traits need to be pertained in almost every aspect of it. You cannot be disciplined in your work, but lack the same discipline in every other segment of your life. The way you live your life is supposed to reflect equally upon every area of it.

How to achieve unity in action through intent?

The overall degree of, say, dedication that you can associate with yourself will in fact be dispersed across various segments in life. In a different way though. The thing is to deliberately maintain the “Why” behind things, and keep your narrative cohesive when it comes to living your life.

The key here is the intent. The “Why” behind what you do. If you are on the clear with why you do the things that you do, then it is easier to obtain unity through action.

Have a clear and defined goal of who you want to see yourself as. Once this picture is embedded in your mind, making your actions contribute to its realization in an orchestrated way comes almost as a second nature.

When you see your intent as part of this picture it becomes a habit to maintain the unity in acting and doing.

The vague rhetoric confuses me as much as it would anyone else. So in order to cut through it here is a tangible example…

Proof that this concept works is something we use to witness on frequent basis. Take the seemingly strict and even regime-like way in which successful people are leading their lives. Only a glance is needed as to see how people like big shot CEO’s, athletes, artists, leaders in different fields are actually using this concept of conducting their lives.

Most of them unknowingly, unintentionally when it comes to it, but still…

Here is a more tangible example- Say that you aim towards perfection in almost everything including looks. Then drinking and overrating may not be mutually exclusive with fitness, but only if they occur in numbers that are insignificant; if otherwise, meaning that they occur constantly, then there is a huge discrepancy between what you do in one occasion and what in another.

By constantly contradicting your actions, you contradict your goals, and ultimately yourself, your life.

Another goal of this concept is to ultimately make possible for someone to be able to closely predict how you act in one segment in life based upon what he is able to see in another. That is a solid way to both establish and prove cohesion.

Bruce Lee (who you will be very surprised to know as a philosopher) was among the first who hinged upon making connection through various segments of life and self-expression.

He realized that every person is unique and the best way to express oneself is to seek connection between how you conduct your life through every aspect of it.

That way the ability to self-express is noticeably bigger, as the thing, narrative, philosophy that you are trying to express is getting stronger and more prominent.

Try to maintain your narrative pretty much the same through every segment of life. Think about it.