From bestselling titles, to exhaustive studies, and even back to ancient philosophy, it seems that whenever there is the question on mindfulness and being present at the moment, the answer provided is fairly simple. 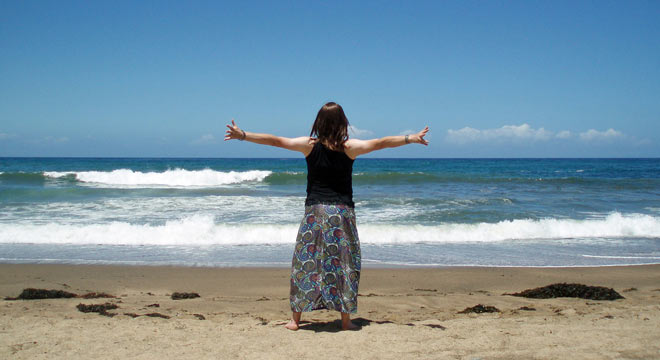 However, what honestly amazes is the broad context in which this technique can be applied and, to an even bigger amazement, how such rudimentary and seemingly naïve concept can have so many tangible results in regards to our well-being and persona in general.

One of the wonderful things about mindfulness is its simplicity. This, I gather is the foundation of the concept.  A conscious effort to maintain focus on the present moment is all that is required.

Now let’s delve deeper and see to what depth is mindfulness able to influence our lives and alter our reality.

1. It allows you to be calm and relaxed

The more we pursue productivity and multitasking, the less we can control our inner voice. It seems like there is a huge discrepancy between all the noise we are deliberately trying to create and what our whole being thirsts for.

And the sad realization is that once we touch the tip of the iceberg, the avalanche is inevitable. Or to translate this in vernacular- once we begin to force our brain to focus on myriad of things simultaneously, it is very hard to reverse the process and shut down the noise.

But surprisingly enough, all it really takes is to devote yourself, from time to time, to consciously focusing on the now. This makes the avalanche not only stop, but ultimately the whole process is reversed.

Creativity is born by activating triggers that are not always expected to result with something valuable, original. Diversity and an idea that is by degrees inchoate and underdeveloped can surprisingly enough lead to something extraordinary.

And being present at the moment creates exactly that kind of fertile soil in order for any idea and creative spark to thrive. In addition we are, as many people experience, sensing things better, feeling more, allowing a somewhat different state of mind to prevail.

3. Mindfulness is necessary for the concept of flow to happen

It is partially responsible, necessary to an extent, for the birth of flow- a concept developed and introduced by Hungarian psychologist Mihály Csíkszentmihályi.

Flow is the mental state of operation in which a person performing an activity is fully immersed in a feeling of energized focus, full involvement, and enjoyment in the process of the activity. In essence, flow is characterized by complete absorption in what one does.

There cannot be flow without being able to retain your focus on the moment. The two are inseparable, creating what is known a chicken and egg situation- it is still fairly vague and equally hard to pinpoint the predecessor and understand which one comes first.

4. The best way to fight anxiety

And many other similar conditions of the mind, in fact. Given the knowledge that anxiety is a behavior disorder, the above said is easy to grasp.

Here is, in a nutshell, how this is supposed to work:

Our mind can construct thoughts that are tied to either the present moment or relate to the past or future.

Anxiety happens when the latter occurs, more precisely thoughts about the future. And since it’s a game of speculation (the future is not certain), it causes to some extent various degrees of anxiety. Now taking in mind the nature of the problem, which is behavior disorder in its core, and realizing that as such it is bound to repeat and hence strengthen itself, the concept of mindfulness really solves the puzzle.

What being in the present and being focused on the “now” does, is creating a type of behavior which is on the very opposite end of the spectrum when it comes to creating the circumstances that lead to anxiety. When this is repeated enough times and slips into practice and ultimately a habit, it reverses the process and anxiety is reduced or ultimately seizes to exist. Simple, really.

Even from a bird’s perspective, it is clear enough to notice that once focused on the task at hand our cognitive focus dramatically improves. And knowing that we constantly try to make things more and more complex rather than simplify them, the note of skepticism becomes apparent when faced with a statement as the one above.

Though it is very easy to prove this in practice.

Try to focus on sharpening one of your senses by giving it a task and simultaneously trying to shift your entire focus upon it. What will happen is an increase in cognitive focus as you haven’t felt in a while.

The grass becomes greener, the smell more potent, the wind suddenly gives a very distinct and specific sensation. Soon enough you will try to cope with the sensory overload and things will add up to the spectacle of your surroundings.

This leads me to the next point…

There is written material that goes beyond the count when it comes to this one alone. It is among the cornerstones in areas varying from religion to psychoanalysis, from elementary concepts like happiness to the minutia of philosophical schools like Taoism…

Even the concept of flow supports this claim- the more present we are at a given moment the more we seem to enjoy it altogether. Enjoying the moment is essential to creating long term habits that lead to happiness and fulfillment in life.

7. Happiness comes as a result of being in the present moment

Yesterday is a history, tomorrow a mystery, and all we have is now- inchoate and naïve as this may sound it is a proven maxim by which to lead your life. It also has philosophical and empirical bearing beyond the count.

For those unfamiliar with the concept of Zen, I strongly recommend reading “Zen in the Art of Archery

” by Eugen Harrigel. It lays down, in its basic form, the very school of Zen and introduces it to the west for the first time. As professor of philosophy who is invited to teach at the University of Tokyo, Harrigel learns a lot about Zen and touches as deeply as connecting it with the physical aspect also.

Enjoying the work flow, creativity, sensory overload, calmness of thought and sync between the mental, physical and emotional… All of this he contributes to being present at the moment, or mindfulness if you so prefer.

Adding to your list of reading, I will also recommend another book, a somewhat more seemingly simplistic, yet very demanding text- Tao Te Ching. It is the very foundation of the Chinese philosophical school of Taoism and deals, for the most part, with simply being and connecting with the “now”.

Here is a great TED talk by Matt Killingsworth on this topic:

Being free from distraction seems like the ultimate currency in nowadays hectic way of life. The more we succeed in toning down the noise the better our performance gets.

Larry Rosen, Ph.D., is a Professor of Psychology at California State University who conducted a research on internal versus external distraction when it comes to technology.

The results were surprising in the sense that even when the sensory overload was not present, as in no technology devices in the surroundings, the mind was still creating distractions and thinking about whether someone texted something on Facebook or maybe a new mail has arrived and so on. Albeit limited to neuroscience, this study reveals a ton about other natures of distraction as well.

The bottom line is – it all starts internally and then progresses outward.

Regardless the situation, the nature of the problem, or the person sitting across the table, you will be far more able to objectively and analytically approach any given judgment and evaluate on a higher level.

Mindfulness allows, among other things, to be aware of every given aspect of the situation by simply focusing on it exclusively. Once you eliminate other thoughts and focus on what happens now, you approach that “now” far more objectively.

When we emerge into a conversation hours seem to become minutes. This is so because in that moment we experience time entirely different- it suddenly loses meaning and other things seem to take traction.

And we will also find that the root of any particular enjoyment from such moments is due to being concentrated and entirely devoted to the present moment.

But what is even more important to this is the fact that the person sitting across the table is able to notice such level of immersion. Be that due to physical symptoms showing, chemicals being released, subtle gestures we were intrinsically thought to observe or whatnot, it shows. It shows, and people notice.

So the best way to gain affability with others is to be present in the moment and devote to the conversation or whatever that is that you are doing.

Mindfulness allows a whole new spectrum of experiencing life and forms as good a place to start as any if you’d really like to transform various segments of it. The best thing is that the flip side is lacking, and the implementation is way beyond simple.

Just give it a try to consciously focus on what you are doing for 10 to 15 seconds at a time, and see to it that you repeat this exercise more than a handful of times daily. Once you become comfortable with it, only add to the number of repetitions and increase the duration respectively.

Update your lifestyle and improve your life by introducing simplicity in its purest form and by focusing on the moment.