Starting a conversation at a cocktail party, or with any relative stranger for that matter, you will notice that the first thing that gets exchanged is your name and job title. It’s like “Hi, I’m Bob and I’m a lawyer” is a common line when describing oneself.

And for the person you are having the conversation with, this should somehow explain a lot about you, define you in a way. At least that’s what we are used to believe. 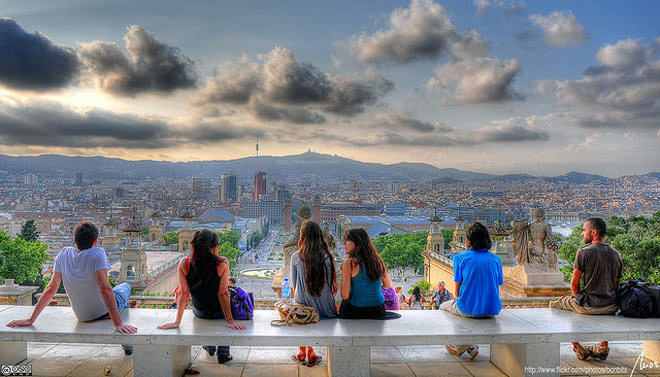 Your title speaks for only one chapter of the story

And a tiny one for that matter too. Granted, if we scrutinize down to detail, it turns out that some aspects of your personality, character, ability are somewhat comprised in your title. It might speak of your dedication, responsibility, diligence, ability to perform, lead, inspire; but truth being told, it misleads into creating a picture that is stereotypical at best.

Our lives are the grand total of many stories, many experiences, many aspirations, many beliefs, many ideas… And these are the chapters that need to be explored if we want to find out more about each other.

We are under the false impression that saying what we do for a living or where we went to school is somehow going to comprise everything there is about us. I mean, after all, that’s the way we introduce ourselves to others, and that has to count for something.

It’s how we perceive others, and it’s how we want others to perceive us. This is probably one piece of the puzzle on why our careers are becoming increasingly important.

“We all have a story that goes far beyond where we went to school and what we do for a living. The stories of our travels, hobbies, personality quirks and times we fell in love make us who we are. That’s the good stuff. To define our impressions of people based on what they do for a living is like viewing the world from the window of a corner office or through postcards from your friends.” ~ Srinivas Rao

What you do for a living does not encapsulate you. You are more than that.

Why are we, for example, surprised when some stock brokers are volunteering in their spare time? Or when some of the cryptocurrency enthusiasts are reevaluating the norms on nutrition, thus becoming the chief promoters of the zero carbs carnivore diet? Just as we like a single stereotype for stockbrokers, we like our nutrition advise to come from a nutritionist, and our tech advise to come from people dwelling in Silicon Valley. There is something weird going on when people who are interested in decentralized money are also interested in eliminating plants from our diet.

But is there really? Or is it perhaps our need to put people into boxes so we can have an easier time simplifying the world?

If someone says he is an artist, we all inherently assume abundance of creativity. Same goes if someone introduces himself as an accountant, or a mail man… then we assume lack of it. Now I’m taking this into caricatures, but on the surface I guess that you get the picture.

We can all possess a degree of dedication to a certain task just as an athlete can, however without the need to do that for a living. We can all have the ability to express ourselves in an aesthetically refined manner, even without the degree in languages… We are way more than our degree or what we do for a living.

I was two years shy of having a degree from the academy of music while playing classical violin. Now, if my job title was a professional violin player, people would have associated me with creativeness, refined sense of aesthetics, assuming also a great deal of diligence, persistence, dedication…

Now however, I don’t do that for a living, but nonetheless my creativity, sense of aesthetics, my traits such as diligence, dedication and persistence for a certain task are just the same. I’m the co-founder of a fitness startup, and regularly write about personal development and health related topics. I teach people how to lose weight, how to schedule their cheat meals, and how to make constant progress. But if I tell everybody that I’m a fitness coach, there’d be plenty of things missing from the picture.

An obstacle for personal development

Perceiving ourselves in a certain, limited to an extent way, or prescribing ourselves assumed qualities or expectations due to what we do for a living, is an antithesis of personal development.

I’m not saying that the next time we are in a room full of people we should start introducing ourselves by listing all of our hobbies, experiences, travel stories, ambitions, ideas or whatnot; but let’s try not to put that much weight on job titles alone, or let’s not at least assume values or character traits on the basis of where someone earned his degree from, or never did thereof, and what that person does for a living.

If we do that, then we are programming ourselves to look through the exact same lenses when it comes to perceiving ourselves, and on the long run it makes for a limited worldview and a limited space to improve within.

Conditioned to start conversations with, and judge on the basis of what someone does for a living I, probably as much as you, now realize how little do I know about many of the people I encountered and had the chance to talk with.

If we go past this description, hence assumed qualities or expectations, we might just find out how much more there is to every one of us, and how much more can we do or learn in every direction we fix our mind towards.

There is a huge difference between who you are and what you do for a living.