Dealing in absolutes was probably the thing that has always driven me away from personal development. I would have started at a younger age otherwise I suppose. And unable to decide whether my stubbornness or despise of authority, or at least questionable ones for that matter, led to me being curious and questioning everything, I couldn’t settle for the notion that there is only one way of doing things. 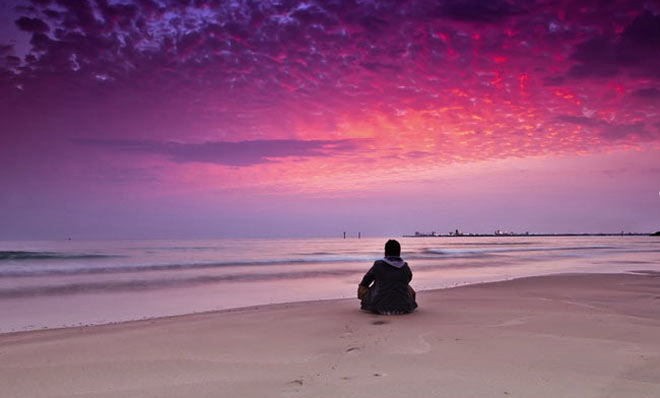 What made me fall in love with personal development? No idea. Was it the lack of productivity or the pursuit of a healthier and better looking body, I cannot tell for sure. I suppose, just like the average person would, I was leveled by the idea of having the potential and ability to improve oneself tenfold – In any given direction.

But what made me wait for such a long time, and what ultimately gives the industry a bad name amongst other things, is the veil in which personal development is being brought to the masses.

Cut through the absolutes of personal development

The nineties were representing probably the richest soil in the personal development market. The idea of self-improvement and refinement of thought, welded together with the pursuit for health and energy as well as productivity and improved looks made great bait for audience. Throw in some promise of financial wealth too, and you had people hooked.

Some though, being sick and tired of western-like materialistic fixation, offered some spiritual overture. And nine out of ten it included radical change both in understanding and perceiving things as well as trying to detach from society norms as we know it (sell-everything-and-be-like-Gandhi type of advice).

But even those who weren’t radical to such an extent, proposed rather daring ideas. As if personal development was this quest of throwing everything behind and starting anew. And what a better tool for this than introducing absolutes into the equation?

Robin Sharma (someone who I really respect, just to be on the clear) suggests that we throw out the TV. Anthony Robins (another role model of mine) introduces techniques like keeping a personal journal or doing workshop-like approaches to self-improvement.

But you know what? Albeit these top-of-the-list, “New York Times bestseller approved” fellas suggest a definite technique to improving yourself, it doesn’t mean that there is no alternative; or at least a variation to their approach.

My point being – you can still keep the TV, not write that journal, and improve just the same.

Recognize the absolutes and disregard them

My point being – absolutes distract from personal development, since then rules and guidelines are girded too tight not allowing potential to expand.

The model which I always prescribe for myself is a model which, when perfected, allows a better understanding of myself, hence a better chance for me to improve accordingly to my goals, potential, any given situation and circumstance for that matter.

And this model implies customizing amongst other things. Not all improvement techniques are created equal, just as the same applies to each and every individual. What works for me may not necessarily work for you. On that account we may but suggest and give advice, though never try and smuggle absolutes of any sort.

There isn’t one, really – At least not one that I can tell you. Draw the conclusion yourself, any which way you find satisfying, and make personal development work for you and not the other way around.