Everything that we do and everything that we are is partially shaped by what we believe is possible.
Try making a high jump without believing that you can reach the bar. I guarantee you that you will fail nine out of ten times. And this is only an apparent physical limitation that our beliefs bestow upon our body. The mind controls everything. 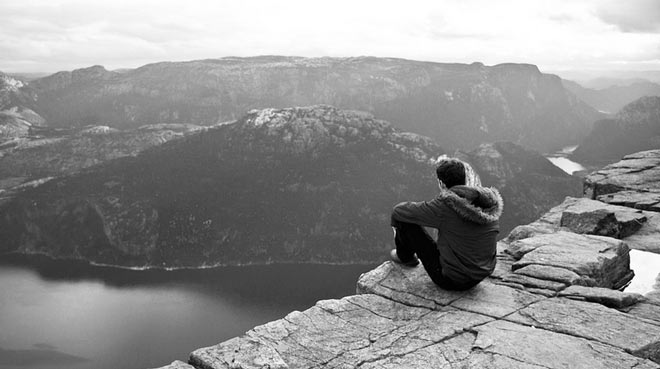 Our reality is shaped by our beliefs

The way in which we operate is a manifestation of what we believe is possible.
Often times this can be manipulated by experiences from the past suggesting us otherwise or other people who cannot or decide not to see what we see in ourselves.

Before the year of 1954 May the 6th it was impossible to break the four minute mile record. It was believed that man cannot run a mile in less than four minutes.
And convincing people what was possible and what wasn’t resulted in no one breaking the barrier. But then Roger Bannister came along.

And when Roger ran pass the four minute barrier, things changed. From then up until now, tens of thousands of people, including high school kids have achieved the same result. But what changed?

What made these people faster and more willing to try all of the sudden?

They did it because they believed it was possible.
There was no doubt in their mind as for whether or not it could be achieved. Someone else had done it; they knew that they can do it too.

If one man can do it, another can do it.
But first we must convince ourselves that it is possible.

When people convince themselves that a certain challenge is within their reach, it is far easier to attain results. And I have a log of personal experience to testify with. Being a coach for a while, I’ve met with all types of folks who were trying to lose weight. Some of them were trying to lose belly fat, others were trying to improve their rep count on the pull up bar, and many struggled with a meal plan. Once they visualized a goal, the path seemed better paved.

When Bear Grylls was recuperating from his injury and was sitting in hospital almost paralyzed at age 21, he was dreaming of climbing Everest. And despite what the doctors said about the possibility of maybe never being able to walk again, he believed in his full recovery, in his dream of reaching the summit.

After year and a half from the accident, he managed to climb Everest and came home safely.
When they asked him how was he able to recover so fast and gather the strength to do such an amazing achievement, he said that he already saw himself up there. Over and over. He believed that it was possible.

I will tell you another story when two boys were playing on a frozen lake. The lake was quite isolated in terms of being far from the village. After a while one of the boys fell through the ice and was not able to swim back. He was trapped under the thick ice and with no help around he was about to die.

The other boy then in panic, unable to break the ice, saw a tree in the distance and ran towards it trying to break one of the branches. After a while he came back with a heavy piece of wood and started pounding onto the ice. In no time the ice broke and he succeeded saving his buddy.

When the medics rushed in, they were puzzled about how this tiny fellow succeeded in breaking the ice.
The old man who called the ambulance, seeing the whole thing from a mile away, quickly explained.

“How did he do it?” – The medics asked.
“There was no one there telling him that he cannot do it“. – said the man.

Now imagine what are the possibilities if no one, not even yourself, can tell you what is possible or what is not. Imagine your career, your relationships, your health, your looks, and the people you want to attract into your life… How different can it be if you are no longer convinced in limitation of any kind whatsoever?

You can always reinvent your life. Step forward from status quo, or even back from adversity, and change things based upon what you believe is possible.