We decide to give ourselves treats and somewhat of a tap on the shoulder way too seldom. Not every once in a while but on certain and specific occasions. We cheat with healthy diet and eating habits every holiday season, we buy ourselves something nice when there is a set occasion.

And with such routine and way of conducting our lives, we, over time, adopt a similar mindset and pattern which is to be applied almost everywhere. 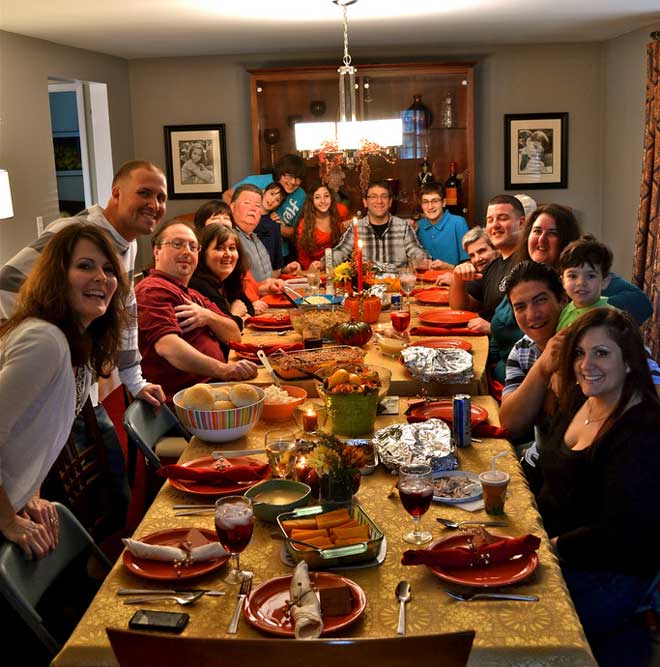 A great tradition to learn how to pay attention to all of the good things that we already have; all of the great people who are already part of our lives; all that makes us feel alive and happy. We learn to cherish every little detail even layers deep beyond our initial perception. And this is a jewel all by itself.

But same applies here. We have the dinner, try to put the emphasis on everything great that has been going on; we indeed try to influence our mindset into becoming aware of positive thinking and learning to be grateful. But it goes only so far. Another day kicks in, and we have things back to same old.

Benefits of being thankful and grateful

Let’s throw in something way too obvious. You may have probably noticed by now, that whenever you think of something you want to be thankful for, you rediscover it altogether. Positive aspects come to the surface, and you see things through different eyes.

You start valuing things more. Even things you took for granted. Your health, your family, your friends…

And the thing is – the more you appreciate every aspect of your life, the more you invest yourself into improving it.

Say you started to work out. What is a more likely path for success? To appreciate your progress despite going slower than anticipated, or to beat yourself up because “it’s going nowhere”? I’ve been coaching people for a while, and experienced this first hand. One client of mine, who was trying to get up on the pull up bars was feeling frustrated because he couldn’t complete two consecutive pull ups in a row. So we tried framing it differently – instead of feeling frustration, I urged him to express gratitude. He was able to hang vertically from the bar and tense different muscles at will, and he did rather well in negative pull ups and bringing his chin closer to the bar. Assisted, he was able to perform few pull ups in a row. And after he saw this as a form of success, he went into the practice with much more gusto.

There is a little known experiment done in pedagogy that perfectly illustrates this phenomenon.

Two groups of children were being observed according to the feedback they gave their parents when coming back from school.

The first group was encouraged to share every little detail that happened throughout the day which they found noteworthy. The parents were to share their excitement and encourage them even more into this practice.

The second group though, was not encouraged to share that much of an experience, and if after the formal question “how was your day like?” the answer were to be longer or more into detail, they were rather ignored.

Guess what happened after a while?

The first group became even more excited sharing the experiences, discovering even small and trivial things to be considered noteworthy, and the increase in mood was apparent. The second group though, was short with enthusiasm even if something great did happened.

What does this all mean?

It’s simple really. Every time we push ourselves to find something to be grateful for, we adopt a positive outlook on every person or object or an event that is surrounding us. We do this enough and we might start to perceive things differently, to value them differently, to feel differently after all.

I’ve been trying to practice this for a while now, and it really forces a more positive outlook on life. I catch myself becoming more aware of pleasant feelings and emotions, and less likely to succumb to old habits. Just the other day, although I was dieting, I was having two cheat days in a row, and instead of feeling guilty about it, I felt rather good. I appreciated the experience, and practiced gratitude. And what do you know – after I was done with it, it was easier to acknowledge the cheat meals, and get back to my usual routine.

We become wealthier by the second

“There is nothing either good or bad, but thinking makes it so.” Sorry if I quoted Shakespeare wrong. But we get the essence.

You see, just as with the experiment with the two groups of youngsters where even trivial things were turned into something kids felt excited about, your life and everything in it can become ten times more valuable and something to be grateful for. We just need to try and see below the surface.

The moment we switch gears and start seeing and noticing all the beautiful things around us, most of which already present into our lives, we start seeing the glass half full rather than the other way around.

We begin to immensely value our life and every aspect of it, hence feeling wealthier and more fulfilled.

We start caring more too.

When I realize how thankful I am for my good health, I start feeling bad for every unhealthy habit that I have, for potential not being used.

I bet that if you start and think how thankful you are for things like your kids, significant other, you will never be the same again. You will always rediscover the value in it, the love, the passion.

Everything is seen from new and somewhat different lenses.

Being able to write this and have you guys around is amazing. I’m thankful for that.

I’m thankful for being able to connect with so many great people.

And every day I decide to focus on all the great things going on. My family, health, friends, job, drive for improvement… There is a lot of value to be rediscovered just by trying to be thankful.

How often do you try to notice every little detail? What are the things you are feeling thankful for?