The way we conduct ourselves in this world is through the concept of action; Never submitting to the course of events without desperately trying to change them. But somewhere down the road we get into a position where we tend to overdo, overcomplicate. 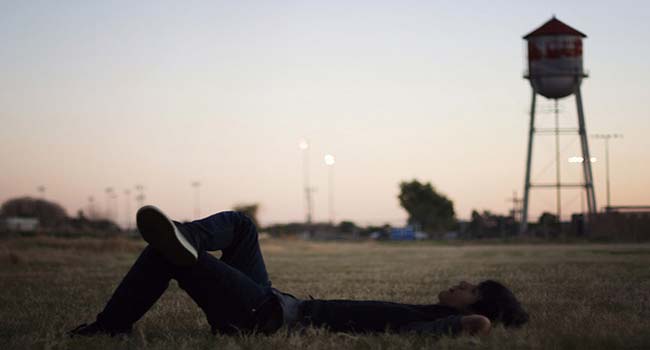 Schedule, time management, plans for work, diet, workout, productivity– nothing is left unchecked. And going through all of this, we come to realize, later rather than sooner, that we are beating our head over it a bit too much.

Overcomplicating things is becoming a habit nowadays, and I can see many people, wasting time and energy into something that has become more of an act of habit instead of a conscious drive that pushes them to improve.

Overcomplicating is encouraged to an extend

Silly as it may sound, that’s the reality.

How many times have you caught yourself stuck into terminology, trying to explain things that are so simple and straightforward?

This proves that we like to overcomplicate things. Make complexity where there is none.

So we have fancy notebooks to keep our schedule neat, a million applications on our phones in order to know what is already familiar to us.

We overcomplicate by making a science out of dieting, by making a quantum physics out of exercising- giving different names to workouts barely distinguishable from one another, counting seconds and intensity as if we were professional athletes.

And this behavior spreads to every aspect of our life. We want to know everything there is to know about every little thing, and then make an order of all those information.

“Life is really simple, but we insist on making it complicated.”
~ Confucius (tweet this)

Even the economy, being as smart as we made it, slowly converted us into the “smart” buyer, made us know every little detail about every product and service out there.

So, we bug ourselves with specifications of products, trying to learn how things work, and if someone dares to ask why, we will unanimously answer in the lines of: that’s better for us.

Are we better off knowing everything out there? Or let me stay corrected- every little thing we don’t even have to know?

I don’t think so.

Yet society will beg to differ. Trying to, with intention or not, convince you that you are far better off stuffing your head with details that seem trivial when looked from the side.

This is another inherent “trait” that we seemingly adopted from this way of conducting our lives. We are taught to interfere with every aspect of life, convinced that we are doing ourselves a favor.

I for instance can reminisce countless of examples where by interfering into something I made it far worse. And that’s the thing, you see. We are convinced that we should interfere, overcomplicate things, step over simplicity. So much so, that we even hinder our front view on reality, and are bound to see the results in rear view, usually worse than they were before we interfered.

And that’s why we have gurus and coaches out there who try to teach us things that are already clear. Simplicity, frugal living, minimalism… They are all aspects of living more simple; letting things be, rather than desperately trying to make a change.

Overcomplicating is not an option, according to many sources

If we start looking around the net, we will see that there is a trend emerging nowadays that is prone to preaching about living more simple. People explore the aspects of minimalism into organizing the home, start thinking about frugal living, and stop looking for abundance the usual, already familiar way.

Seeing that fulfillment in life can be found in a different way, people stop preoccupying themselves with trivial matters. If you talk to someone who practices frugal living and minimalism, they will tell you that there is no need to overcomplicate things. There is always a simpler way they can be done.

I recently read a book that touched some issues related to this, and honestly provoked a lot of thought.

Within its pages, you have pretty much the whole school of Taoism (not the religion, but philosophical school, since there is a difference) and its principle of living simple summed up.

It’s interesting to see how this issue of overcomplicating things was brought on the table even then, centuries ago, since the book is written somewhere around 300 BC.

Even then people felt the need to reduce things in complexity, and it became a popular school of thought. If someone predicted the course of development in making things more complex than they really are, then the prediction was particularly accurate.

Nowadays we face with clutter that is not partially, but almost entirely, made by ourselves. So in that direction, the course of action that needs to be taken is pretty clear- start living simpler, and try to make things less complex rather than overcomplicate them.

I remember when I was looking to buy a new laptop last year, and spent many hours researching the best configuration, the things I need the most. Truth was, I needed only couple of things that frankly can be found in every model out there.

The same goes for choosing my fitness equipment. Instead of spending hours on top of hours looking for the best home pull up bars, I decided to stick to the basics and buy a sturdy set. When it comes to dieting, I’m fascinated by the people who make radical decisions, stop complicating, and eat a single type of food (whether it is a plat based diet, or something like  the carnivore diet).

But failing to see the simplicity, and overcomplicating, the end result now is that I use only 10% now from what I bought. Not only I threw money down the toilet, but I also spent a lot of time over something that was trivial and not important.

If you need to learn the lesson, try it from here, and make yourself a favor not repeating the same thing. Stop overcomplicating. Really.

Making life more complex only opens a door towards more complexity, the end of which is unnecessary clutter and time forever lost.

If our personalities resemble, then the both of us are neat and organized to a great extent; being like that we are in a way doomed to overcomplicate, to make complexity where there is none. And in that particular moment, we may even enjoy it to a certain extent. But on the long run, however, we are only creating the clutter we are so desperately trying to fight.